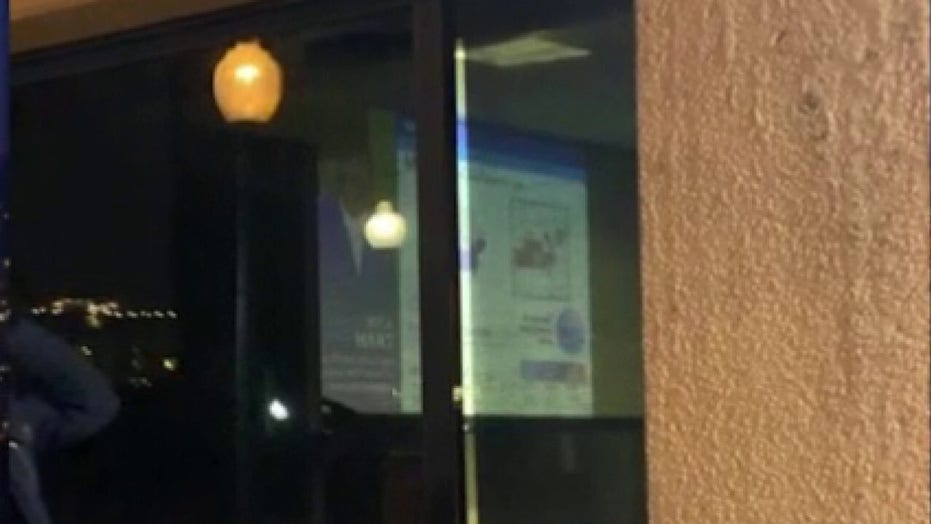 NRCC Chairman Rep. Tom Emmer says a DCCC presentation on key district polling data could be seen from a public sidewalk in what he calls an 'embarrassing situation' for Democrats.

Speaking on “Fox News @ Night,” Emmer acknowledged the NRCC obtained the information, but blamed it on the Democratic Congressional Campaign Committee’s (DCCC) carelessness.

Emmer, R-Minn., responded to a Politico report that said last week the NRCC “stumbled upon” a polling meeting that the DCCC was holding in Washington, D.C. with the blinds wide open and “all their information on display for passersby to see.”

The meeting was reportedly billed as part of their Red to Blue program, the Republican seats Democrats are trying to flip.

Politico reported that Republicans said they gleaned a wealth of valuable information on the state of key House contests, including the special election in California’s 25th District – Democrat Katie Hill’s former seat. Hill resigned in October after a string of reports shining a negative light on her personal life, including a reported affair with her legislative director that sparked a House Ethics Committee investigation.

Emmer responded on Tuesday by mocking the Democrats' talk about a "world-class" campaign operation.

"Apparently, the world-class operation was not world-class enough to buy some blinds for the windows on the front of the building," he said.

“We had some people on the public sidewalk in front of the building when our counterparts at the DCCC decided to run through, not only a slide deck presentation on the status of a special election in California’s 25th district that was made opened by the resignation of Katie Hill, but also their Red to Blue program where they clearly have been putting their thumb on the scales of these different races across the country,” he continued. “And yes, we had some people standing on the public sidewalk that were watching the entire presentation through the open window.”

Cole Leiter of the DCCC sent a statement to Politico reacting to the alleged snooping saying, “When you have no ideas or accomplishments to run on, you creep in the bushes, take pictures through people’s windows, and invade their privacy.”

“The next time the NRCC is looking for tips on running winning campaigns, all they have to do is call us -- we’ll be more than happy to explain why Kevin McCarthy is the Minority Leader,” Leiter reportedly continued.

In response to the statement, Emmer said Democrats are trying to be "as outrageous as possible because this is an incredibly embarrassing situation."

“Not only were people standing on a public sidewalk, they were actually conversing and helping the security guards who needed their car jumped,” he continued, explaining that Republicans got "confirmation polling" that shows California's 25th, won by Democrats by nearly 10 points in 2018, is now a four-point race.

“Thank you to our colleagues at the DCCC for sharing the polling, saved us a lot of money,” he added.