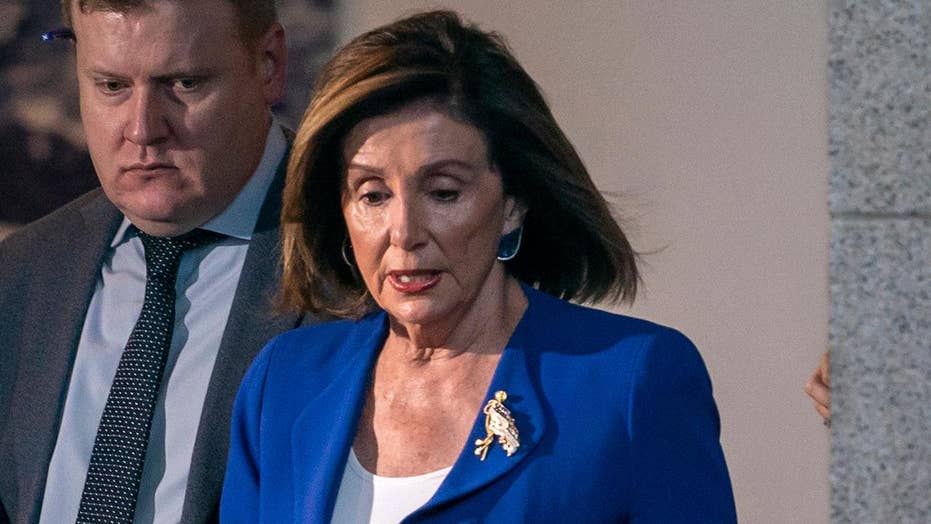 Are cracks beginning to form in Speaker Pelosi's impeachment strategy? Reaction and analysis on 'The Five.'

Geraldo Rivera called on House Speaker Nancy Pelosi, D-Calif., to send the articles of impeachment against President Trump to the Senate, saying Thursday that Democrats are "distracting" him over a "tacky phone call."

"I think that this is a lame-duck exercise, political exercise. This is a faux impeachment. They have to get this over. Do they realize that they are distracting the Commander-in-Chief of the United States on the tacky phone call he made to a Ukrainian president?" Rivera said while co-hosting "The Five." "Get this damn thing over with. It was a mistake to begin with and to persist in torturing this man and distracting the entire country for nothing ... Get it over with."

"You know he's going to be acquitted," Rivera added. "And it's been a huge distraction and I think it's an embarrassment for the Democrats."

Pelosi is facing rising pressure to transmit the articles of impeachment, with members of her own party signaling that they are losing patience with her delay. Pelosi continues to indicate to Democratic colleagues that she plans to hold onto the articles, at least until Senate Majority Leader Mitch McConnell, R-Ky., releases a resolution outlining the terms for a Senate trial.

"I think that she knows that this has been a complete and total disaster for Democrats," Pavlich said.  "She got roped into it. She's completely lost control of her caucus, both from the left and now with people saying, we want you to push their articles over to the Senate."

Senate Democrats are getting very frustrated with her because they feel like she is undermining the institution," Pavlich added. "So I can't imagine what they thought the strategy was going to be in that Mitch McConnell would cave to any of their demands from the lower chamber."