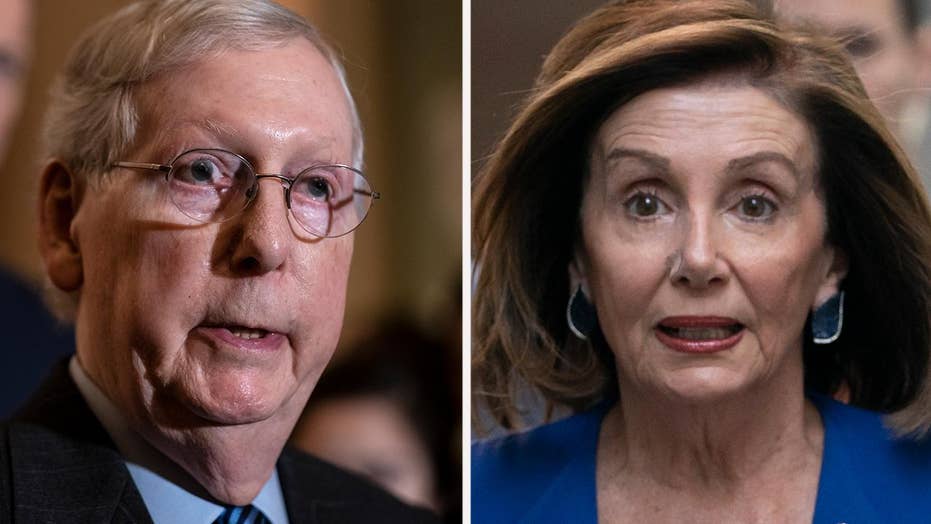 House Speaker Nancy Pelosi is facing rising pressure to transmit articles of impeachment against President Trump to the Senate, as members of her own party signal they are losing patience with her delay tactics.

Pelosi, D-Calif., indicated to Democratic colleagues -- first on Tuesday in a memo, and again on Thursday during a press conference -- that she plans to continue to hold onto articles of impeachment, at least until Senate Majority Leader Mitch McConnell, R-Ky., releases a resolution outlining the terms for a Senate trial.

"We need to see the arena in which we are sending our [impeachment] managers. Is that too much to ask?" Pelosi said Thursday, adding she first wants to know the "terms of engagement" for a Senate trial and voicing concern that senators won't be impartial.

Still, Pelosi said she won't hold the articles indefinitely, and suggested she could send them soon.

This comes as Democrats on both sides of Capitol Hill are saying it's time for the trial -- on allegations of abuse of power and obstruction of Congress -- to proceed in the Senate.

“I understand what the speaker is trying to do, basically trying to use the leverage of that to work with Democratic and Republican senators to try to get a reasonable trial—a trial that would actually show evidence and bring out witnesses. But at the end of the day, just like we control it in the House, Mitch McConnell controls it in the Senate,” Smith said on CNN’s “New Day” on Thursday.

“I think it was perfectly advisable for the speaker to try to leverage that to get a better deal,” he continued, but added “at this point, it doesn’t look like that’s going to happen.”

“I think it is time to send the impeachment to the Senate and let Mitch McConnell be responsible for the fairness of the trial,” Smith said. “He ultimately is.”

Yet later Thursday morning, Smith reversed himself. He tweeted that he "misspoke" and actually thinks the House should do all it can to "force the Senate to have a fair trial."

"If the Speaker believes that holding on to the articles for a longer time will help force a fair trial in the Senate, then I wholeheartedly support that decision," he tweeted, while saying he still wants the articles eventually sent to the Senate.

It's unclear whether Pelosi pressured Smith to take back his comments. But he's hardly the only Democrat voicing concerns about the delay.

As Smith referenced, Pelosi has held onto the articles in a bid to extract favorable terms for a trial, likely including a commitment to call certain Democrat-sought witnesses, and at least learn more about McConnell's plans. But the GOP leader insists that the Senate should first launch the trial, and then resolve issues surrounding witnesses later, declaring he will not haggle with Pelosi and accusing her Thursday of playing "irresponsible games."

While Senate Minority Leader Chuck Schumer has largely backed Pelosi in calling for commitments from McConnell, other Democratic senators are now pressuring the House to get moving. 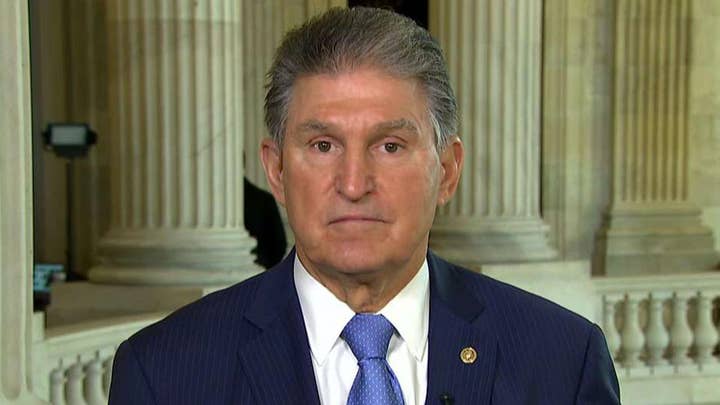 “I think it’s time to turn the articles over,” Sen. Joe Manchin, D-W.Va., said Wednesday on Fox News' "America's Newsroom." “Let’s see where the Senate can take it.”

Even Sen. Dianne Feinstein, D-Calif., called out Pelosi for the delay.

“The longer it goes on, the less urgent it becomes,” Feinstein told Politico. “So if it’s serious and urgent, send them over. If it isn’t, don’t send it over.”

Sens. Angus King, D-Maine; Richard Blumenthal, D-Conn.; and Chris Coons, D-Del., have also come out this week calling for the process to move along.

“I respect the fact that she is concerned about the fact about whether or not there will be a fair trial,” Coons told Politico this week. “But I do think it is time to get on with it.”

Speculation is now mounting on Capitol Hill about whether Pelosi could be close to transmitting the articles. Sen. Lindsey Graham, R-S.C., said Wednesday that her “dam is about to crack.” 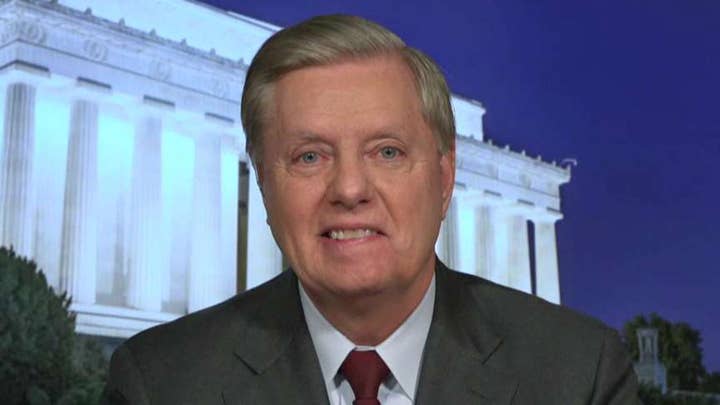 But a source close to House Democratic leadership on Thursday rejected that narrative.

“She won’t cave,” the source told Fox News. “She has the leverage.”

And Rep. Jamie Raskin, D-Md., said that he’s “behind the speaker.”

“We think that she will have the best sense of when the Senate will stop their threats of nullifying the whole process,” he said.

Pelosi indicated earlier this week she could move forward, though, if McConnell releases the resolution outlining the trial plans.

McConnell has repeatedly said the resolution would mirror the one used to govern then-President Bill Clinton’s impeachment trial in 1999 -- setting a timeframe for the trial to begin, with the opportunity for lawmakers to determine how to proceed on potential witness testimony and additional documents later, after both the defense and the prosecution make their opening statements.

McConnell said earlier this week he has the votes needed to pass the resolution and begin the trial, once he receives the articles. In impeachment, most resolutions can pass with a simple majority — 51 votes. To remove the president from office, though, there must be 67 votes.

“Pelosi doesn’t want to hand over The Articles of Impeachment, which were fraudulently produced by corrupt politicians like Shifty Schiff in the first place, because after all of these years of investigations and persecution, they show no crimes and are a joke and a scam!” the president tweeted Thursday.

In a separate tweet, minutes later, he recalled Pelosi’s “’speed & rush’ in getting the Impeachment Hoax voted on & done.”

“Well, she never sent the Articles to the Senate,” he added. “Just another Democrat fraud. Presidential Harassment!”