Fox News host Steve Hilton details how California governor Gavin Newsom has become the favorite to be the next Democratic Presidential nominee on 'The Next Revolution.'

"The Next Revolution" host Steve Hilton examined the record of California Gov. Gavin Newsom in his opening monologue on Sunday, warning viewers about the policies of the California Democrat who is now being viewed as a potential Biden successor.

STEVE HILTON: Everyone knows Biden can't possibly run in 2024…but according to all the reports from Washington insiders, Democrats absolutely don't want the obvious choice, Vice President Kamala Harris to be their candidate instead. So amazingly, almost overnight… California Gov. Gavin Newsom has become the favorite to be the next Democratic presidential nominee.

But what could we expect from him?… He closed California public schools earlier and before anyone else… just under half the kids in California meet the state's standards for English. With math, a third of the kids are proficient in math… and that is great because as California Democrats have established, math is ‘racist.’ Now, We say that all this woke madness actually hurts Black kids the most. But that's just the narrative. Gavin has the facts. There is definitely one area where California is leading the nation: illiteracy. California has the lowest literacy rate of any state… isn't that the kind of transformative leadership America needs?

Look, I love California. I am not leaving, I'm staying to fight for change. But take it from someone who lives here. These policies, these far-left extremist policies pushed by Gavin Newsom and the California Democrats, that is the last thing America needs.

WATCH STEVE HILTON'S FULL MONOLOGUE FROM ‘THE NEXT REVOLUTION’ BELOW: 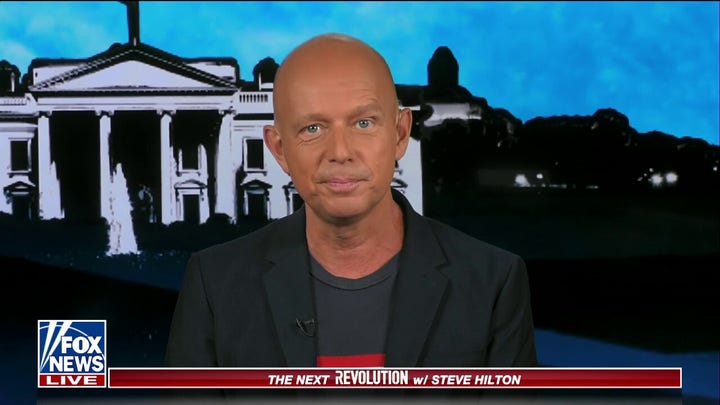