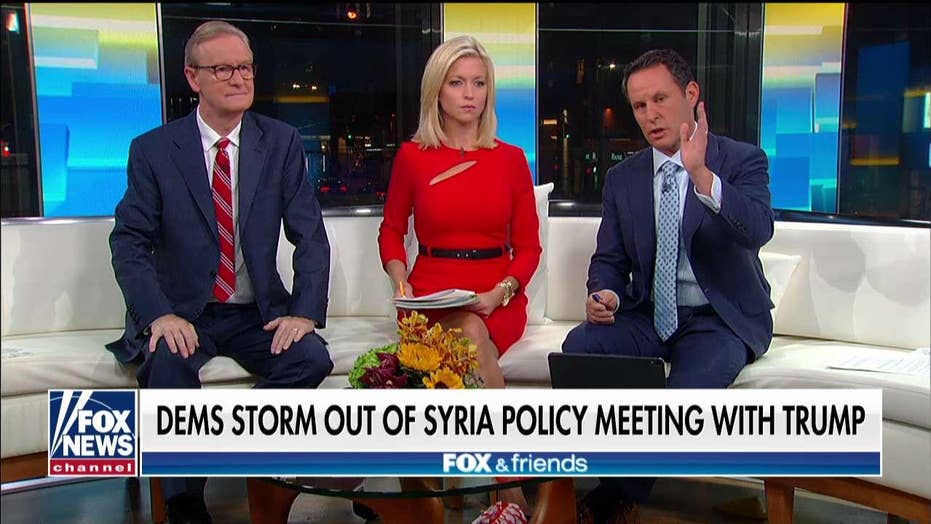 After a contentious meeting at the White House between Democratic House leadership and the Trump administration, the "Fox &amp; Friends" co-hosts said Thursday it's "deja vu all over again."

After a contentious meeting at the White House between the Democratic leadership and the Trump administration, the "Fox & Friends" co-hosts said Thursday it's "déjà vu all over again."

"Guess what? Another day. Some more drama," Brian Kilmeade said.

"It didn't seem like this meeting lasted long. Next thing, it's deja vu all over again," he added, "as both sides give their versions of a breakdown, let's say, of communication."

Discussing Turkey's invasion of Syria and the humanitarian crisis there, House Speaker Nancy Pelosi, D-Calif., reportedly told President Trump that Russian President Vladimir Putin always wanted a foothold in the Middle East and that, "All roads with you lead to Putin."

"And that started it," Steve Doocy added.

As the Democrats got up to leave the meeting, the president shot back: "We'll see you at the polls" and then he reportedly said Pelosi was a "third-rate politician."

Following the meeting, Pelosi and Senate Minority Leader Chuck Schumer, D-N.Y., held a news conference in front of the White House hitting back at the president. Pelosi told reporters Trump was having some kind of “meltdown” inside. She said they had to leave because Trump was unable to grasp the reality of the situation. 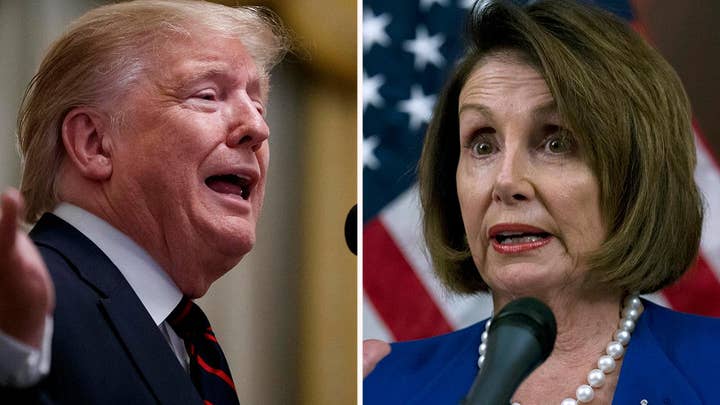 "And that's the same reaction ... 'We're going to do impeachment prayerfully,' Kilmeade chided. "She always is praying for the president's health. Their goal is to paint the president not as they had a dispute and disagreement, but that he's totally unworthy ... mentally unhinged."

He added that Democrats want to paint that picture "because maybe they got a look at the debate stage and thought to themselves, 'If we just wait for the polls to happen, I don't think we're going to be too successful.' And now, all of a sudden, the Warhawks are sitting outside of the White House!"

Later that evening, the president tweeted in response to the meeting: "I am the only person who can fight for the safety of our troops & bring them home from the ridiculous & costly Endless Wars, and be scorned. Democrats always liked that position, until I took it. Democrats always liked Walls, until I built them. Do you see what’s happening here?"

Ainsley Earhardt chimed in: "So, if you're a Democrat you look at it and say, 'Glad they walked out. They were standing up to a bully" is the narrative that they're painting. If you're a Republican...they look at it as another chance for them to come together and they don't."

"Only in Washington do they take pride in breaking up meetings, not accomplishing anything, and then hoping to score political points," Kilmeade concluded.