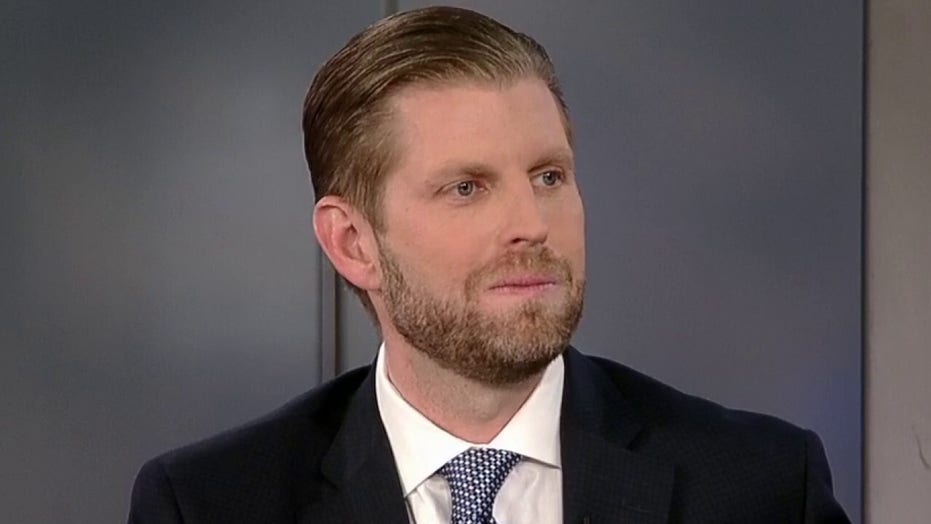 Trump Organization executive vice president Eric Trump told Fox News' special primary night coverage Tuesday that if his father, President Trump, was making the same repeated and troubling gaffes and missteps as Joe Biden, Congress would have tried to invoke the 25th Amendment to remove him from office.

The amendment, ratified in 1967 in response to the Kennedy assassination, states that the vice president or a majority of cabinet members "or of such other body as Congress may by law provide" must notify the Senate President Pro Tempore -- Sen. Charles Grassley, R-Iowa -- and the Speaker of the House that the president is unable to discharge their duties. In that case, the vice president would take over in an acting capacity.

Trump pointed out recent head-scratching situations involving Biden, including one earlier Tuesday in which the former vice president told a Michigan worker he was "full of s---" when he questioned Biden's Second Amendment credentials. In that same exchange, Biden made referred to a fictitious "AR-14" rifle, and also accused the man of being a "horse's a--."

In other instances, Biden has called himself an "O'Biden-Bama Democrat," claimed erroneously to be running for "United States Senate" and asked a South Carolina crowd to "vote for the other Biden" if they did not want to vote for him. 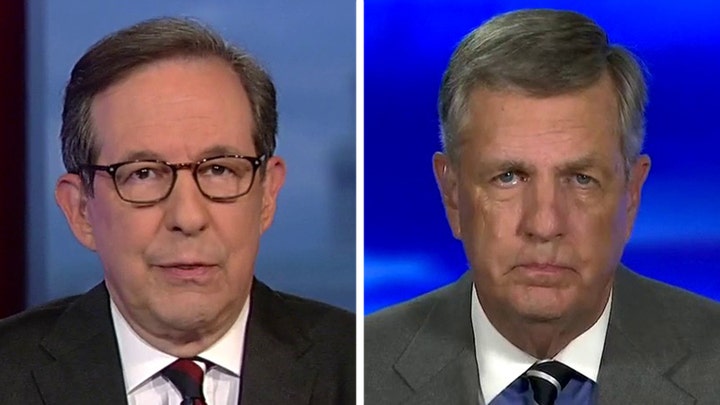 "I don't know what is going on with Biden, but it is not looking good," Eric Trump told Bret Baier and Martha MacCallum. "There is something off there, and how many gaffes can you make every single day?"

"If the roles were reversed -- if my father were making the same gaffes as he was, they would literally invoke [the 25th Amendment] -- they would try and remove him from office. For some reason, they think [Biden's gaffes are] cute, and the media gives him a total pass for it. It makes me wonder."

Trump slammed Biden specifically for his obscenity-laced exchange with the Michigan worker, saying that the man was asking an honest question in the wake of Biden's promise that gun control proponent Beto O'Rourke would be in charge of his firearms policy.

"[Biden] is saying he is pro-Second Amendment and yet he is saying Beto O'Rourke is going to be his Gun czar and is going to confiscate every AR-15 off the street," he said. "He literally can't get on the stand anywhere [and] not make a serious gaffe that is embarrassing to the campaign."

Trump also fired back at several media personalities who have criticized his father over the federal coronavirus response. On MSNBC, Princeton University African-American studies Professor Eddie Glaude Jr. claimed the outbreak is President Trump's "Katrina" -- a reference to how critics said President George W. Bush and then-FEMA administrator Michael Brown bungled the response to the superstorm that wrecked coastal Louisiana and Mississippi.

Trump dismissed Glaude's critique as well as comments from the liberal hosts of ABC's "The View" -- pointing out that California Gov. Gavin Newsom, who has clashed with his father at times, was very complimentary in recent public remarks made in Oakland.

"I watched Gavin Newsom today," the younger Trump said, "and for all of the things I don't like about him, he came out and said the administration is doing a phenomenal job."