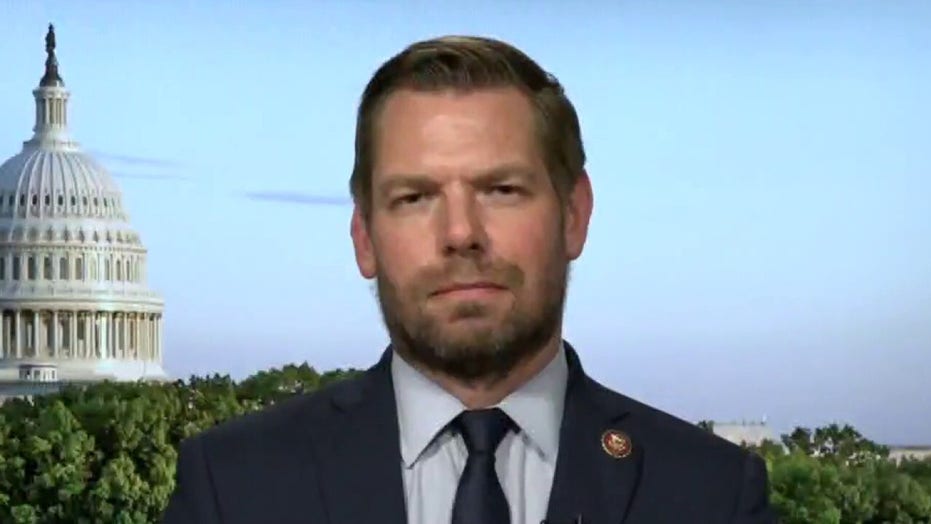 Swalwell: All cops are not bad cops but we're seeing too many exceptions

House Judiciary Committee member Eric Swalwell, D-Calif., told "The Story" Wednesday that while he believes there is "systemic racism" in law enforcement, "all cops are not bad cops."

Earlier Wednesday, the panel convened a landmark hearing on police reform, which included testimony from George Floyd's brother Philonise Floyd just one day after George Floyd was laid to rest in a suburban Houston cemetery.

"I support what the hearing was about today, which was to fix the police, to police the police. And all the talk about defunding the police, no one on that panel and no one in that room was calling for that," Swalwell told host Martha MacCallum. "... We have institutional and individual tragedies and if we do nothing, they're going to continue."

"And we have an opportunity in a bipartisan way to make real changes so that people like George Floyd still would be alive today," Swalwell said.

During his testimony, Philonise Floyd challenged Congress to “stop the pain” so that his older brother George wouldn’t be just “another name” on a growing list of citizens killed during interactions with police.

Swalwell, whose father was a police chief in Iowa and whose brother is a police officer, told MacCallum he spoke privately with Angela Underwood, the sister of a federal protective officer in Oakland who was shot and killed last month during a protest that turned violent. Underwood also spoke at the hearings, saying calls to defund the police are "ridiculous."

"I told her that my little brother was working just blocks away that night when her brother was murdered," Swalwell said. "All cops are not bad cops, but we are seeing too many exceptions to just do nothing.

"And to hear about people like Mr. Floyd and other witnesses say they have that talk with their young African-American children about what to do when they encounter the police," Swalwell added. "That shows that there's a problem with the experiences that they're having and we need to address."