New York Republican Rep. Elise Stefanik has joined a chorus of lawmakers calling for an independent federal investigation into Democratic Gov. Andrew Cuomo's management of nursing homes and assisted care facilities during the COVID-19 health crisis because she believes the governor mismanaged his approach, costing thousands of lives.

In an interview on "Fox & Friends" with hosts, Steve Doocy, Brian Kilmeade, and Ainsley Earhardt, Stefanik charged that Cuomo and the state took a "number of negative actions" which resulted in an inability to protect the Empire State's more vulnerable residents.

"The governor took executive action, forcing positive COVID cases back into nursing homes. There was zero transparency in terms of informing the seniors, the workers, or the family members whether there were positive cases," she said.

A patient is loaded into the back of an ambulance by emergency medical workers outside Cobble Hill Health Center, Friday, April 17, 2020, in the Brooklyn borough of New York. The despair wrought on nursing homes by the coronavirus was laid bare Friday in a state survey identifying numerous New York facilities where multiple patients have died. Nineteen of the state's nursing homes have each had at least 20 deaths linked to the pandemic. Cobble Hill Health Center was listed as having 55 deaths. (AP Photo/John Minchillo)

"They also didn't fully tell the public how many seniors’ deaths there were coming from nursing homes," Stefanik continued. "So, that reporting data -- they didn't count the hospital deaths when there was a positive case that was transmitted because of the senior nursing home."

In late March, Cuomo announced that nursing homes were required to accept COVID-19 positive patients once they were discharged after becoming more medically stable. In addition, those patients were not required to be tested following their release.

After facing criticism from all sides, Cuomo has since amended his policy, adding a directive telling hospitals that they must test patients, and patients must be negative before being returned to nursing homes. He is also now requiring nursing homes to test staff twice weekly. 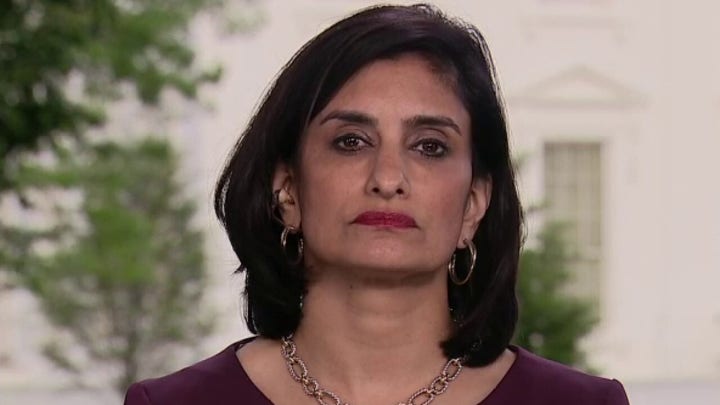 Cuomo also announced he is conducting his own inquiry under the leadership of Democratic State Attorney General Letitia James.

Stefanik told the "Friends" hosts her district had taken the "opposite approach."

"So, I believe that these families [are owed] answers," Stefanik asserted. "We cannot dismiss their concerns. I have heard from families who are still grieving for the loss of their loved ones and they deserve answers.

"And, it's not just Republicans who are calling for this independent investigation. It's Democrats as well."