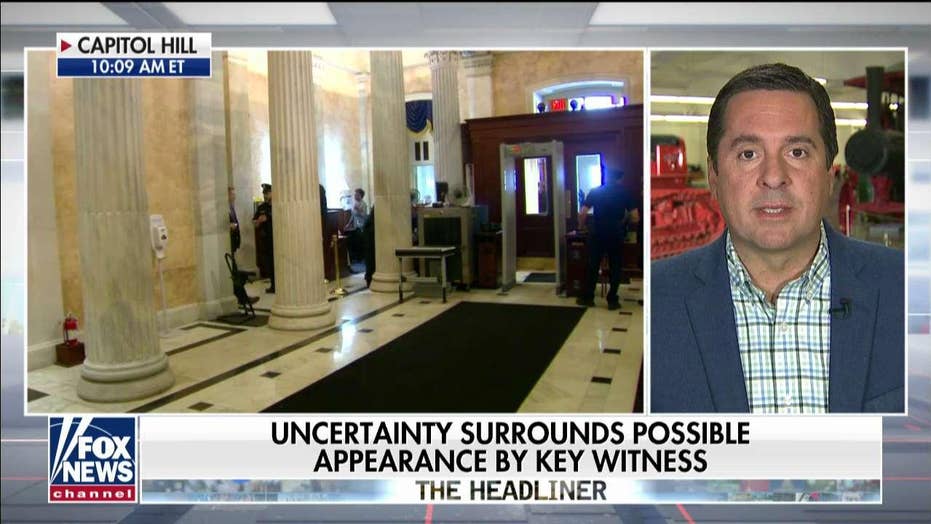 The "mainstream media" networks will have "bombshell after bombshell" leaked to them by Democrats from today's hearing with former U.S. Ambassador to Ukraine Marie Yovanovitch, Rep. Devin Nunes, R-Calif., predicted Friday.

Yovanovitch was the former U.S. envoy to Kiev and someone President Trump has privately called "bad news."

She was ousted last spring amid alleged attempts by the president's personal attorney Rudy Giuliani to press Ukraine into investigating former Vice President Joe Biden and his son. Those efforts ultimately led to the impeachment inquiry after the revelation of a July 25 phone call between Trump and Ukrainian President Volodymyr Zelenskiy -- in which Trump asked the premier to “look into” the allegations about Biden's conduct in the country.

Nunes said Yovanovitch has a "lot to answer for," alleging that she was "bad-mouthing the Trump administration in Ukraine" after the 2016 election.

TOP DIPLOMATS TO TESTIFY BEFORE CONGRESS, DESPITE OPPOSITION FROM STATE DEPARTMENT

"My guess here is this is somebody that the Democrats have been coordinating with," he added. "Let's not pretend that this ambassador has not been working with the Democrats.

"She wants to come and testify," he said. "This is part of [the Democrats'] rollout," Nunes stated. 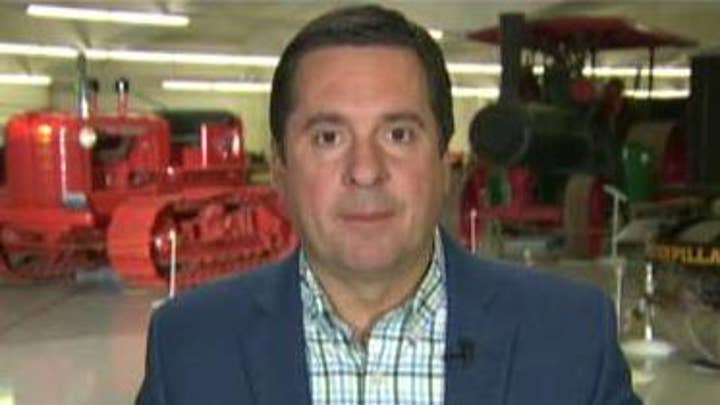 "Look, they're going to leak all this out. By tonight, I promise you, every mainstream media is going to have bombshell after bombshell that came out today in the hearing about how bad Trump was and how bad Giuliani was," he theorized.

"Why? Because the mainstream media has been in on this from the beginning. They're trying to overturn the 2016 election," Nunes said. "They've weaponized the House Intelligence Committee. And, they've turned it into this fake impeachment committee."

Fox News' Gregg Re, Nick Kalman, Chad Pergram, and The Associated Press contributed to this report.