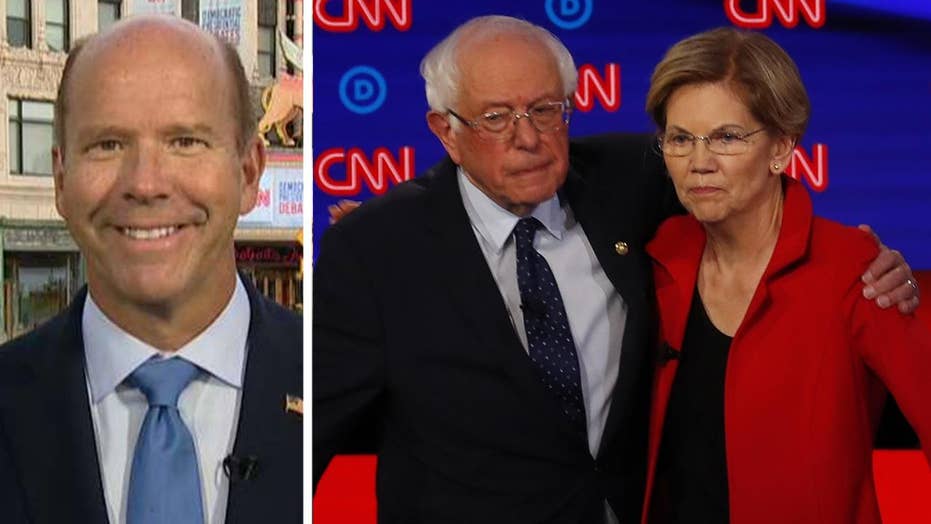 The former Maryland congressman, who took on Warren specifically on the Democratic debate stage on Tuesday, appeared on “Fox & Friends” Wednesday morning reiterating his message of being a moderate Democrat standing against the rising tide of far-left policies in the primary.

“Either vote for someone who wants to solve problems and has ideas that are workable ... or do we nominate someone who's got a bunch of fairy tale economics or impossible promises, none of which will ever happen,” Delaney said. 'As I said, they'll turn off the independent voters and get the president reelected, in my opinion."

"Either vote for someone who wants to solve problems and has ideas that are workable ... or do we nominate someone who's got a bunch of fairy tale economics or impossible promises, none of which will ever happen."

Delaney, who’s polling at just a fraction of Warren and has an uphill battle to ensure he qualifies for later debates, said Warren isn’t the only one proposing impossible solutions.

“It's not just Elizabeth Warren, it's Bernie Sanders. If you take what they're saying to an extreme, what's next?” he asked. “Free vacations, free housing, free everything. I mean, at some point we do have to pay for these things.”

During the debate, Delaney drew the ire of progressives after saying “Democrats win when we run on real solutions, not impossible promises. When we run on things that are workable, not fairy tale economics.”

Warren attracted applause after firing back, saying “I don’t understand why anybody goes to all the trouble of running for president of the United States just to talk about what we really can’t do and shouldn’t fight for. I don’t get it.”

But Delaney said Warren’s response was a “dishonest, kind of lazy” statement that shows “the problem with the extreme left of the party.”

“When you point out obvious flaws in the things they're talking about, they say, well, that's a Republican talking point,” he said. “And I'm like, no, it's actually a fact that you should be able to defend.”

“I think the same thing with Elizabeth Warren. When I point out that the things she's proposing are fairy tale economics, she says, oh, you're not being ambitious enough.” 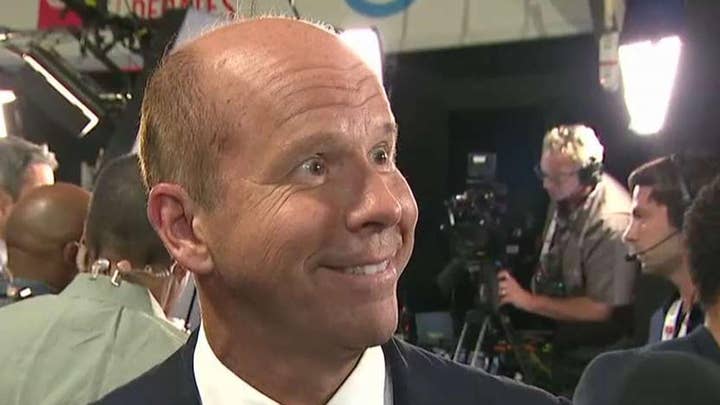 He added: “if you actually look at the things I’m proposing, which is to actually create universal health care where every American has health care as a basic right, but we allow people to have choices, that doesn't sound like a plan that's not ambitious, that actually sounds like a plan that I’ll have to work incredibly hard and use every ounce of political capital to potentially get done.

“So I think it's just kind of lazy and a dishonest response to people who don't feel comfortable defending these kind of crazy proposals.”