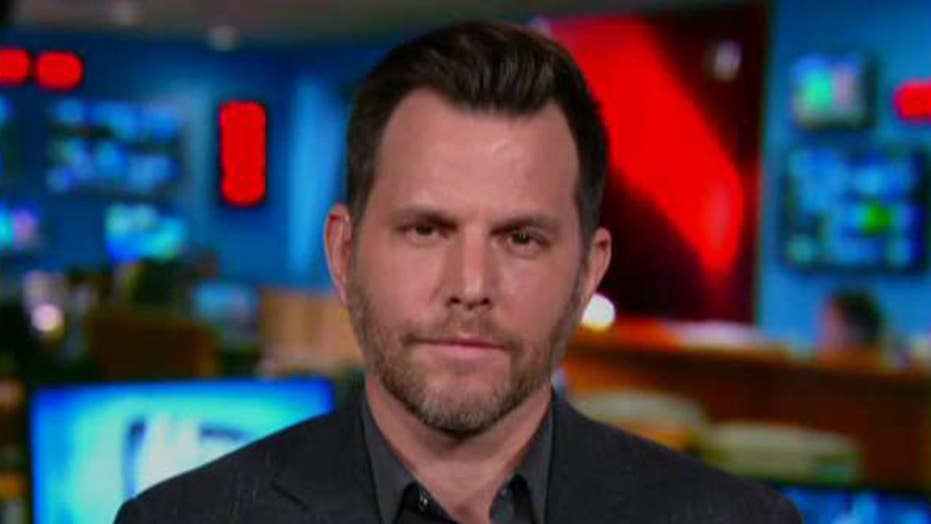 Rubin: Kamala Harris is out because she was a terrible candidate

“We all know that there is a major problem with the internet right now. We’re all subjected to the arbitrary, confusing, often-conflating and intentionally designed to be obfuscating rules that big tech has set forth,” Rubin told Fox News.

Rubin’s “The Rubin Report” YouTube channel has over 1 million subscribers, and he is followed by over 647,000 people on Twitter. The comedian-turned-political pundit is a free speech advocate and wants to help redistribute power from Silicon Valley and put it in the hands of content creators themselves – while eliminating bots and political restrictions.

“We know they’re shadow banning, we know there is algorithm manipulation… we know about all of these ways that the information that we get is being manipulated and nobody is really doing anything about it,” Rubin said, noting that some groups have urged the government to get involved and regulate social media.

“Me, as a liberty-minded person, the last thing I want to do is hand more power to the government. And the last thing I would want to do after that would be to hand big tech power to the government. If you’ve been on a government website lately, these people should not be in charge of anything technological,” Rubin said. “We have a top-down problem with the internet right now where we have these giant tech behemoths telling us all how to behave and managing how we can communicate.”

Rubin co-founded Locals, which launched this week and bills itself as a collection of subscription-based communities that “give power to creators, not platforms.”  He was sick of technology giants suspending, banning and censoring people based on political ideology.

“I’m not talking about radical, evil positions but sometimes very mainstream conservative positions,” Rubin said. “What I want to do with Locals is create a bottom-up solution to this. I want the power to be in the hands of the creators.”

Rubin’s Locals platform allows content creators to curate who has access to video, audio, photos and messages. Community leaders set the specific rules that followers must adhere to in each Locals community.

“If somebody’s not behaving by those rules, they’re not being de-platformed if you don’t want them in your community, but it’s your community. It’s not a platform in a traditional sense,” Rubin said. “If somebody comes into my community, I’m having a very open policy related to speech, but if you’re just there to troll and cause chaos, like everyone’s doing everywhere else, I’m not going to let you in my Locals.”

He said the person would still be free to join other communities on Locals despite being shunned by his private group.

“The same way that I’m for free speech but I’m not for free speech of inviting everyone into my house at all times to say whatever they want,” Rubin said. “What I’m trying to do is create a more mature, decent Internet.”

“By doing something that is subscription-based, people can join my Locals for a little as $3, it will be up to creators to decide what amount they want to charge, I think that for a little as $3, you’re going to get rid of 99 percent of the trolls. They don’t want to pay you to troll you. And if they do want to pay you to troll you, at least you’re getting a little something from it,” he said. “I think we can solve so many of the problems by creating small gated communities and then figuring out how those communities can link together to create bigger communities.”

Locals officially launched on Wednesday with Rubin’s own community and he said some big names are set to join the platform in the near future. Locals works with content creators to meet specific objectives, and the company promises not to sell data or use vague algorithms to determine what followers have access to.

Earlier this year, Rubin and fellow political commentator Jordan Peterson ditched crowd-funding site Patreon over its hate speech rules. As a result, Rubin was forced to crowdfund directly on his own website and began to take in more revenue than he was using Patreon. He said that fans supporting his decision to walk away from the lucrative platform helped instill the confidence needed to launch Locals.