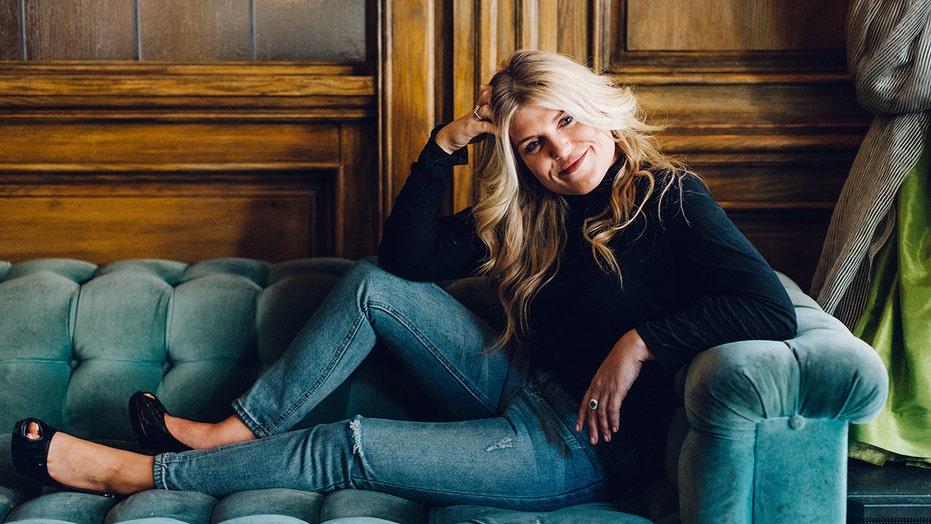 A journalist is suing the website Daily Beast over a story that she says ruined her “life and career” with a series of “defamatory and untruthful statements” designed to paint her as racist, homophobic and transphobic.

Former Gawker editorial director Carson Griffith was hired in 2018 to help relaunch the site that was shut down in 2016 following Hulk Hogan winning an invasion-of-privacy case that bankrupted the company. But Griffith’s gig at Bustle Digital Group's revamped Gawker didn’t last long.

Griffith claims a January 2019 article published by The Daily Beast headlined, “Gawker 2.0 Implodes as Its Only Reporters Quit,” resulted in her losing her job after staffers turned on her. She also said it has been difficult to continue her career in media because the story quickly turns up when her name is searched online. The lawsuit, which was first reported by the New York Post, names The Daily Beast, editor-in-chief Noah Shachtman and reporter Maxwell Tani as defendants.

"I look forward to exposing the fact that I was purposely defamed and my words were undeniably taken out of context by reporter Maxwell Tani,” Griffith told Fox News. “The Daily Beast and Maxwell Tani knew if the full context of my quotes were shown, it would indicate these comments were clearly not inappropriate, not racially insensitive, and not transphobic, and there would be no story.”

The Daily Beast, Shachtman and Tani did not respond to requests for comment.

Griffith's complaint said Tani never asked Griffith for comment and the “primary source for this article was his close friend and former colleague” Maya Kosoff.

Tani has earned a reputation as a dogged and relentless young reporter. He remains active on social media and recently reported a series of stories related to Chris Matthews’ split with MSNBC.

CHRIS MATTHEWS’ SUDDEN EXIT LATEST DEBACLE FOR NBC: ’IT WAS ONLY GOING TO GET WORSE’

The article said Kosoff and one other reporter decided to leave Gawker when management refused to fire Griffith after they informed human resources that they “felt personally uncomfortable working” under Griffith because she made “offensive” workplace statements.

“Tani did not report these statements in good faith and acted with actual malice, due to only reporting partial sections of Slack conversations and email exchanges that benefited Ms. Kosoff, his primary source, thus forwarding his personal agenda to make Ms. Griffith look racist, homophobic and transphobic,” the complaint said.

Kosoff and Anna Breslaw, the other reporter mentioned in the Beast story, did not immediately respond to a request for comment.

Griffith said that the Beast “purposely yanked my words out of context to create an absolutely false narrative” and that doesn’t coincide with ethical journalism practices.

“At a time when journalism is more vulnerable than ever, it is the responsibility of publications, and particularly those who report on the media, to not print single-sourced rumors without corroboration or fact-checking, and to not take things out of context with actual malice. I am filing this lawsuit not just for myself; I am filing it so this does not continue to happen,” Griffith told Fox News.

Griffith’s then-Gawker boss informed Beast management that a “high probability of defamation” existed in the article when it was published, according to the complaint.

Journalist Carson Griffith sued The Daily Beast over a story she said “ruined” her life and career. (Yumi Matsuo)

“They chose to ignore it, and their negligence, especially by Mr. Shachtman, the editor of the piece, resulted in year-long, and ongoing, damages for Ms. Griffith. They did not, at any point, reach out to Ms. Griffith for comment or clarification,” the complaint said.

The complaint detailed Griffith’s claim that Tani used selectively chosen and out-of-context emails and Slack messages to make her appear racist and homophobic. Griffith’s former employer, Gawker parent BDG Media, hired an outside law firm to conduct an independent investigation into the claims that deemed the allegations to be false, according to the complaint.

The complaint said Tani was aware that the investigation cleared Griffith’s name but “did not look into updating, changing or further investigating his defamatory article” or the “extreme claims” he made about her.

The Daily Beast’s story noted “two reporters said they decided to leave the new Gawker after Bustle Digital Group—which bought the shuttered Gawker.com domain and its archives in a mid-2018 fire sale—refused to oust Griffith over offensive workplace comments about everything from poor people to black writers to her acquaintance’s penis size.”

But the complaint said “Griffith never made comments about ‘penis size,’ ‘poor people,’ or ‘black writers’” and the Beast can’t prove otherwise. The complaint also claimed that the Beast falsely indicated that Griffith “seemed to brag to Gawker staff that she had gotten them out of a company-wide diversity training session.”

The complaint said, “Tani’s statement is defamatory, as it is made with actual malice” because messages reviewed didn’t mention a diversity training session.

“Tani tried to purposely frame this as if Ms. Griffith is racist and negligent to diversity in the workplace,” the complaint said.

The suit went on to mention other issues from the Beast report that Griffith disputes or said were misleading, such as a claim she laughed when asking what pronouns to use when speaking to a potential staffer who identifies as non-binary. But Griffith said she simply asked about pronouns because the candidate had an unusual name. The Beast story also reported that Griffith joked it was “so poor person of me” to keep snacks in her pocket.

“Griffith categorically denies ever making this comment,” the complaint said.

The Daily Beast "seems to understand their reporting has significant errors,” the complaint said, noting “Griffith sent them a legal letter on January 14, offering a full retraction and several apologies on Twitter in lieu of litigation.”

Griffith told Fox News she waited until the “very last day” of her statute of limitations, with 45 minutes until the court closed, to file the complaint -- hoping litigation wouldn't be necessary.

“Griffith held an excellent reputation in the media community, where she worked as a writer and editor for ten years, before Mr. Tani published his article on The Daily Beast, which gets nearly one million readers a day,” the complaint said.

“After Mr. Tani’s article, about seventy employees in the BDG Media office created a petition to have Ms. Griffith fired immediately; the petition stated that if her former employer did not do so, the employees threatened to go to the press,” the complaint added. “Instead, her former employer removed Ms. Griffith from the office premises for two months and hired Goodwin Proctor LLP to do an external investigation, which eventually proved The Daily Beast and Mr. Tani’s claims were false, and that Ms. Griffith did not do anything the article accused her of.”

"BDG hired an external firm to conduct an investigation regarding the allegations towards Ms. Griffith and she was cleared," a Bustle Digital Group spokesperson told Fox News.

Griffith claimed she was taunted and mocked when she returned to work and “has suffered from four grand-maul seizures” along with a “panic attack” since the article was published.

Griffith was laid off a few months later, along with the entire Gawker staff, when the site wasn't able to relaunch amid negative press and she remains unemployed. The complaint said Griffith has found it difficult to find a new job because her name has been tarnished on the internet. She is seeking compensatory damages in an amount to be proven at trial, punitive damages and legal fees.

“My life and career have been ruined because Maxwell Tani, The Daily Beast, and their editor-in-chief Noah Shachtman thought it was appropriate and journalistically ethical to attack a 33-year-old woman to this extent without ever allowing her to defend herself. I have decided it's time to defend myself,” Griffith told Fox News.

Gawker still has not relaunched as of March 2020.