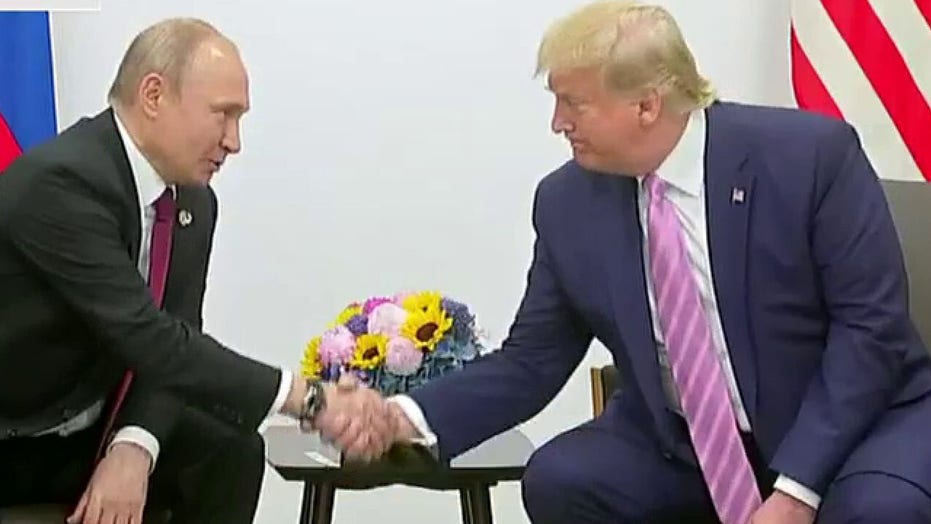 Media's new Russia hysteria flames out; reaction and analysis on 'The Five.'

The Trump campaign has filed a libel lawsuit against what it called the "extremely biased" New York Times, saying the paper's March 27, 2019 op-ed titled “The Real Trump-Russia Quid Pro Quo" amounted to a knowingly false smear intended to "improperly influence the presidential election in November 2020."

The lawsuit seeks "compensatory damages in the millions of dollars," as well as punitive damages and legal fees. Knowing that then-Special Counsel Robert Mueller was about to exonerate President Trump, the campaign argues in the lawsuit, the Times sought to quickly "damage" the president's campaign "before the Mueller Report would be released debunking the conspiracy claims."

“Today the President’s re-election campaign filed suit against the New York Times for falsely stating the campaign had an ‘overarching deal’ with ‘Vladimir Putin's oligarchy’ to ‘help the campaign against Hillary Clinton’ in exchange for ‘a new pro-Russian foreign policy, starting with relief from ... economic sanctions,'" senior Trump campaign legal advisor Jenna Ellis said in a statement.

"The statements were and are 100 percent false and defamatory," Ellis added. "The complaint alleges The Times was aware of the falsity at the time it published them, but did so for the intentional purpose of hurting the campaign, while misleading its own readers in the process.” 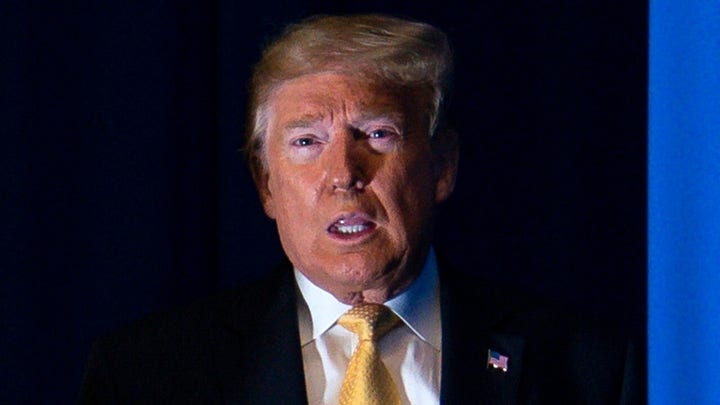 In a statement, the Times shot back: "The Trump Campaign has turned to the courts to try to punish an opinion writer for having an opinion they find unacceptable. Fortunately, the law protects the right of Americans to express their judgments and conclusions, especially about events of public importance. We look forward to vindicating that right in this case."

"The constitutional guarantees require, we think, a Federal rule that prohibits a public official from recovering damages for a defamatory falsehood relating to his official conduct unless he proves that the statement was made with 'actual malice'—that is, with knowledge that it was false or with reckless disregard of whether it was false or not," the Supreme Court held in the landmark 1964 case New York Times Co. v. Sullivan, which also involved the paper.

The March 2019 op-ed, published shortly before Mueller's findings became clearer in April 2019, asserted that "there was no need for detailed electoral collusion between the Trump campaign and Vladimir Putin’s oligarchy because they had an overarching deal: the quid of help in the campaign against Hillary Clinton for the quo of a new pro-Russian foreign policy, starting with relief from the Obama administration’s burdensome economic sanctions. The Trumpites knew about the quid and held out the prospect of the quo."

The Times "obviously had a malicious motive," the campaign charged, because the paper published numerous articles in 2017 and 2018 that established only "isolated contacts between individual Russians and some persons associated with the Campaign, which did not result in any 'deal' or 'quid pro quo.'" Nevertheless, the allegedly defamatory 2019 article did not present those findings.

The Trump campaign noted in its lawsuit that the Times' editorial board hasn't backed a Republican presidential candidate in more than 60 years. Additionally, the campaign pointed out, the author of the disputed piece, Max Frankel, previously "described himself in an interview as 'a Democrat with a vengeance.'" Frankel was the executive editor of the Times from 1986 to 1994.

"The Times thus published the statements at issue knowing that they were false at the time of publication, or at the very least, published them with reckless disregard for the truth," the lawsuit states.

The lawsuit came as fears of Russian intervention have gripped the 2020 presidential race following an unverified report by The Times and CNN that Russia wanted to help Trump, which CNN has since walked back.

Contrary to those and recent media reports, there is no evidence to suggest that Russia is making a specific "play" to boost Trump's reelection bid, a U.S. intelligence official told Fox News on Sunday.