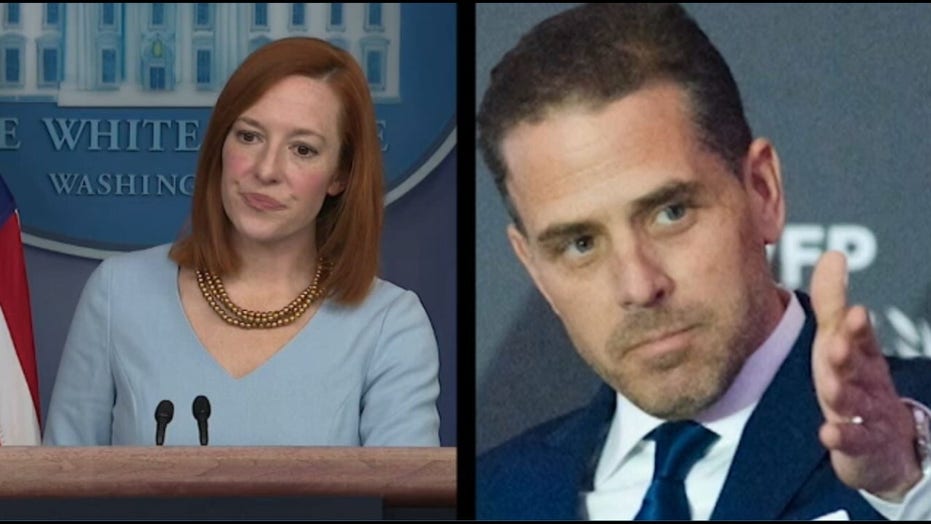 A CNN panel reacted to Hunter Biden’s plans to meet with potential buyers of his new artwork in New York City and Los Angeles, where his art could be sold for upwards of $500,000, calling it an "ethics problem."

White House press secretary Jen Psaki defended Biden's new venture on Thursday, arguing that because the buyers will remain anonymous, there will be no "undue influence" in the administration.

"I'm not an art critic," CNN's Abby Phillip said on Sunday. "I don't know anything about art, but these people do. One Pulitzer-prize winning art critic says that he thinks that Hunter Biden's art is kind of like a cafe painter. He says, you wouldn't, unless you were related to the artist, spend more than $1,000 on it. But then another art critic, who actually likes Hunter Biden's work also says this, 'Anybody who buys it would be guaranteed instant profit. He's the president's son.'"

"Obviously, this is a problem, an ethical problem, of optics and from a practical perspective," Philip continued. "Why even do this?"

"This is a huge optics problem, an ethics problem," agreed CNN Capitol Hill reporter Melania Zanona. "And making it more challenging is that it is art and the value is assigned. That's why critics are saying different things. Obviously, the White House is trying to get some sort of wrap around this, they're trying to come up with an arrangement that will make it look better. But, you know, they're worried about it."

"I find it hard to believe there is any such thing as a blind sale when you're purchasing art from the president's son," Phillip said.

NPR White House correspondent Asma Khalid said that Hunter's plans for his artwork have placed Democrats in a "conundrum," considering they "spent the past few years very much criticizing President Trump for profiting off that family name."

Phillip accompanied Khalid's comment with headlines over the past few years accusing Ivanka Trump, Donald Trump Jr., and Eric Trump of lucrative nepotism. GQ, for instance, chose to highlight, in part, Trump's sons selling off $100 million worth of Trump Organization real estate as well as the "free advertising" Ivanka appeared to get for her apparel and accessories.

Some viewers were surprised by CNN's candor.

"Wow, even CNN realizes the Bidens are corrupt," one social media user tweeted.

But other media critics noted that the panel didn't seem to be taking the matter all that seriously.

"You gotta admire the way the panel giggles throughout and while to all agree it's an optics problem, they all know they'd be the ones to hold the Biden accountable and there's no way in hell they're going to do that, so it ultimately doesn't matter," tweeted conservative columnist Derek Hunter.

The Washington Post was also accused of taking too playful a tone in their coverage of Hunter Biden's ethics challenges. The outlet published an op-ed that promoted a fictional "art exhibition" by Biden to parody his time on the board of a corrupt Ukrainian gas company called Burisma Holdings, including a framed photo reading "I Heart Burisma." Post contributor Glenn Kessler tweeted out the op-ed with the message, "Wash Post op-ed page pulls no punches with biting and funny 'exhibition' of Hunter Biden’s art via Meghan Kruger." But critics questioned just how "biting" the humorous piece was, while others called the op-ed "a bit late."

PSAKI DEFENDS HUNTER BIDEN'S PARTICIPATION IN ART SHOWS: ‘NO SCENARIO’ IN WHICH BUYERS CAN ‘PROVIDE INFLUENCE’

Biden's presence on the Burisma board led to the first impeachment trial against former President Donald Trump after he urged Ukrainian President Zelensky to look into potential corruption during the 2020 presidential election when Joe Biden was one of his top opponents.

President Biden has denied knowing anything about his son's business dealings. But recently unveiled records on Hunter's abandoned laptop, left in a repair shop in Delaware in April 2019, show that Biden met with Ukrainian, Russian and Kazakhstani business associates of his son’s at a dinner in Washington, DC, while he was vice president.