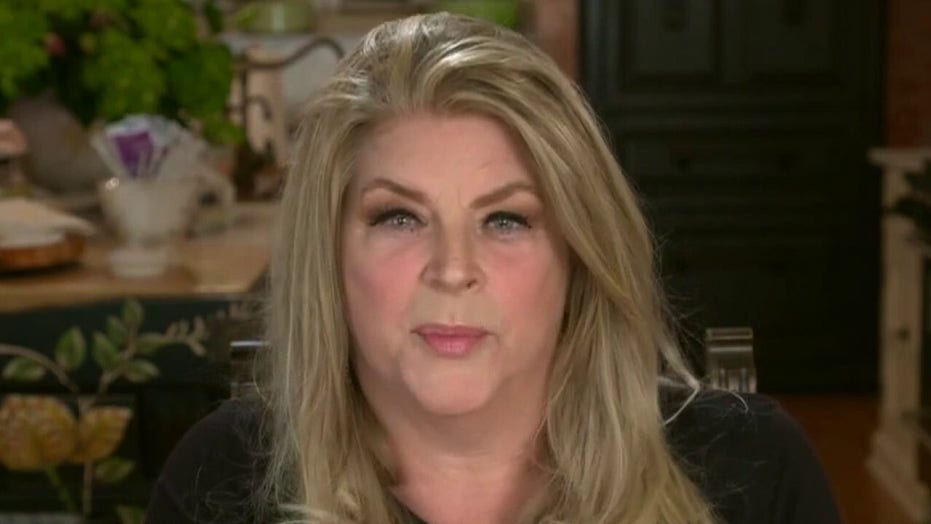 Emmy winner fires back at her critics on 'Hannity'

CNN had a fiery response to actress Kirstie Alley, who took a swipe at the liberal network for its news coverage.

Alley, an outspoken supporter of President Trump, bashed CNN on Friday morning after tuning into the liberal network to “get their viewpoint” about the ongoing coronavirus pandemic and seeing constant fearmongering.

“I now Know why my personal friends who walk around in SHEER TERROR of contracting Covid are simply CNN viewers! I decided to watch CNN myself to get a their viewpoint and oh my God DID I EVER!!!! IF YOU TOO WANT TO LIVE IN TERROR WATCH CNN!! FEAR OF DYING IS THEIR MANTRA! OMG,” Alley tweeted.

Hours later, CNN Communications responded to the former "Cheers" star, and took a personal swipe at the actress.

"Kirstie, you are welcome to change the channel - just like countless viewers did every time 'Veronica’s Closet' came on TV. But don’t downplay the loss of nearly 230K American lives. And please, wear a mask," CNN Communications told Alley.

"Veronica's Closet," the NBC sitcom Alley starred in, aired from 1997-2000 before it was canceled after three seasons.

"This is some grade-A juvenile stuff here, CNN. But this is also very on-brand of you. No class. No ethics. It's all a game," NewsBusters managing editor Curtis Houck reacted.

Others pointed out that viewership for "Veronica's Closet" was much higher during its short run on television than CNN's current ratings.

"Veronica’s Closet had 35 million initial viewers. About 10 million more than the Mueller testimony. It ended its third season with 8 million viewers, down for sure. But still about 8x the viewership of CNN’s top-rated show," Rep. Matt Gaetz, R-Fla., tweeted.

"Here's something I did not know: Veronica's Closet was the #3 rated show in 1998 -- pulling in 24 million viewers every episode. Which is what, more than the entire CNN prime time lineup pulls every week?" National Review senior writer David Harsanyi similarly said.

Journalist Yashar Ali also acknowledged that CNN President Jeff Zucker was the president of NBC Entertainment when "Veronica's Closet" was on the air.

"Keep thinking about the fact that Jeff Zucker was President of NBC Entertainment when he canceled 'Veronica's Closet' A full circle moment here....." Ali said.

Neither CNN nor Warner Media immediately responded to Fox News' requests for comment.

It's no surprise that Alley isn’t a fan of CNN, as she recently announced why she voted for President Trump in the 2016 election and plans to do so again in his reelection bid against Democratic challenger Joe Biden.

Hollywood stars, such as filmmaker Judd Apatow, have publicly scolded Alley for supporting the president. Earlier this month she responded to the backlash her Trump support was getting, deriding her critics for being rude and “nasty” to her.

“Don’t think I’ve ever seen so much name-calling in my life,” she wrote. “Definitely not on my site here anyway I guess I’m not allowed to have a viewpoint without being called a really nasty names by what I’m going to suppose are really nasty people.”