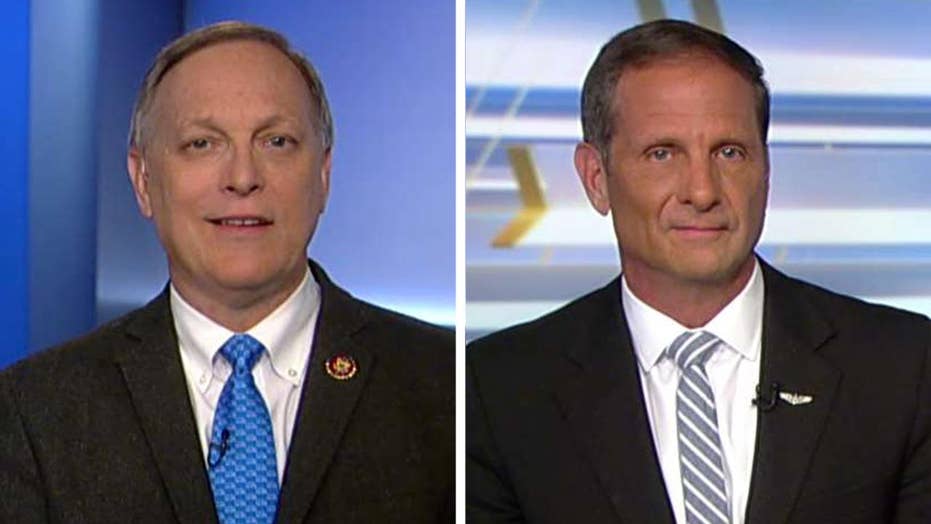 Reaction and analysis from Rep. Christ Stewart and Rep. Andy Biggs on 'The Ingraham Angle.'

House Intelligence Committee Member Chris Stewart, R-Utah, said Democrats have been "crying wolf" on alleged wrongdoing on the part of President Trump for a long time and "you can only cry wolf so many times, and eventually people will quit listening."

Stewart told "The Ingraham Angle" on Monday that the cratering television ratings for the impeachment inquiry hearings help prove the point.

Stewart said there has not been much in the way of gripping testimony by the witnesses thus far.

Host Laura Ingraham said 13.8 million people tuned in to the first day of hearings -- which featured Taylor and Kent -- while more than 19 million tuned in to see former FBI Director James Comey testify before Congress in 2017.

Late Tuesday, it was learned that State Department official David Holmes’ testimony on a newly revealed phone call between Trump and Ambassador to the EU Gordon Sondland seems to conflict with that of Taylor at last week's lead-off impeachment hearing.

Taylor had testified that he had just learned about the July phone call this month.

But Holmes’ timeline of events, according to a written statement from his closed-door interview, seems to depart from Taylor’s -- saying he notified Taylor of the call shortly after it happened.

Holmes, who is the political counsel at the U.S. Embassy in Ukraine, told congressional investigators that he was at a restaurant in Kiev on July 26 when Sondland spoke to Trump over the phone—just one day after Trump’s now-infamous July 25 phone call with Ukrainian President Volodymyr Zelensky when he asked for investigations into the Bidens and 2016 election meddling.