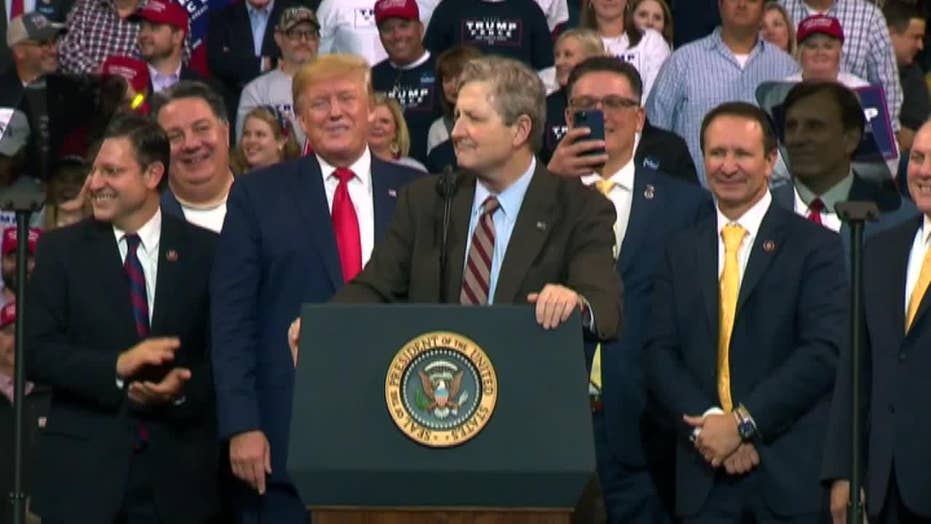 Kennedy, who received raucous cheers from the crowd, called out the Washington D.C. establishment and claimed they do not care for the average American as Trump or Rispone do.

"I stand before you tonight a proud Deplorable," said Kennedy, referring to the moniker Hillary Clinton bestowed on Trump supporters during the 2016 campaign.

"And, unlike some of the folks in Washington, D.C. -- I'm talking about the 'cultured', cosmopolitan, goat's milk latte-drinking, avocado toast-eating insider elite -- as a Deplorable, I believe that everybody counts."

TRUMP HAMMERS DEMS FOR IMPEACHMENT FOCUS AT LOUISIANA RALLY: 'WE DID NOTHING WRONG' 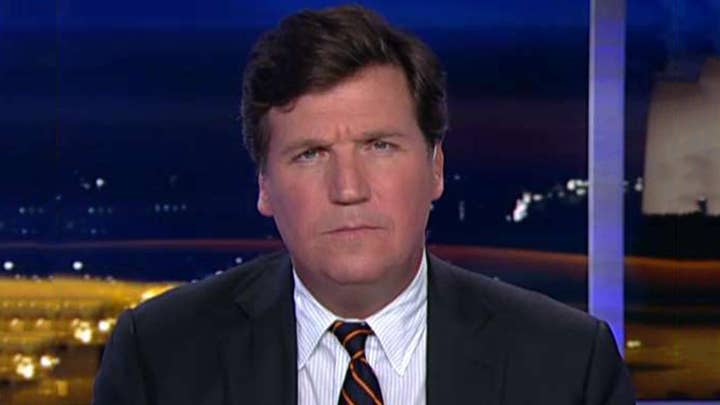 "And I care about you, and so does the president of the United States of America."

Turning his attention to Saturday's runoff election between businessman Rispone and incumbent Democratic Gov. John Bel Edwards, Kennedy urged attendees to get out the vote.

"Unless you're happy with 'crappy', vote Eddie Rispone for governor," he remarked.

Kennedy, who holds degrees from Vanderbilt University, the University of Virginia and Oxford University, created controversy last week when he made critical comments about House Speaker Nancy Pelosi, D-Calif. at another Louisiana Trump rally.

At that event in Monroe, Kennedy discussed the Trump impeachment inquiry and said of Pelosi: "It must suck to be that dumb."

"The same people that are backing Speaker Pelosi are sending tens of millions of dollars to support Governor Edwards. And all ... Edwards has given us is decline and uncertainty."

At the Bossier City rally, Trump introduced a new political attack line against House Democrats amid their ongoing impeachment inquiry, forcefully declaring, "We did nothing wrong -- and they're doing nothing."

Hours earlier, Pelosi accused the president of "bribery" by allegedly "threatening to withhold military aid and a White House meeting in exchange for an investigation into his political rival" -- signaling that House Democrats are preparing to go all-in on impeachment even as the Trump administration touts its successes on unemployment and energy independence.