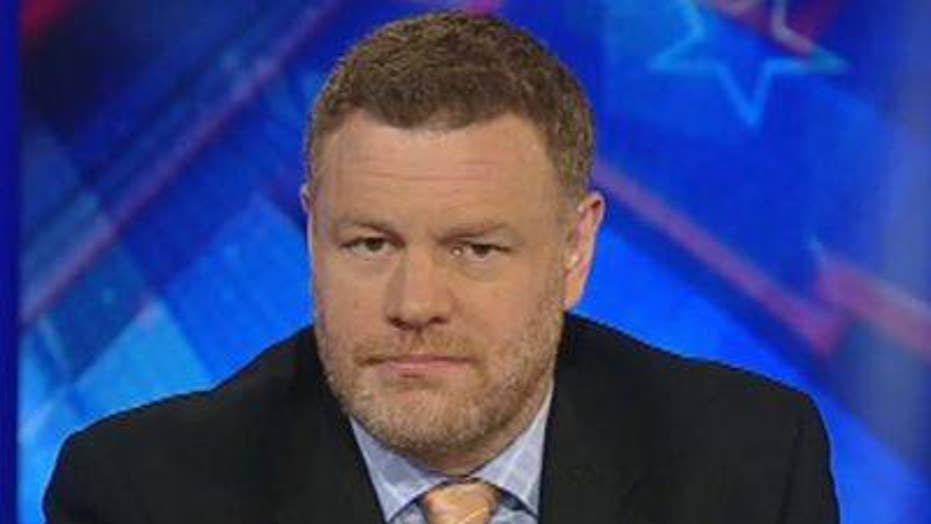 Commentator and author Mark Steyn said Thursday that President Trump sounds like an inspirational voice to thousands of his supporters.

Steyn made the comment on "Tucker Carlson Tonight" while listening in on the president's rally in northwestern Louisiana, and added that Trump is energizing the GOP by fighting back against the Democrats' impeachment inquiry and any potential Senate conviction.

"The president, actually, in this circumstance is standing there and saying 'Go, bring it on' -- 'Even if you did that I'd still run next November and I'd win next November'," Steyn said in reference to the inquiry. "He's inspirational to a faint-hearted Republican Party. This is the way to do it. This is why people voted for him -- because your base wants a candidate that pushes back."

At the rally in Bossier City, Trump claimed Democrats were lying about his engagement with Ukraine's president and have been carrying out an unfair impeachment investigation in which he has little due process.

"How about when they asked these two Never Trumpers 'What exactly do you think you impeach him for'?" he asked. "And, they just stood there and [shrugged]. They're unraveling and their sinister plans will fail -- they've already failed."

Host Tucker Carlson told Steyn he is starting to believe that Trump can indeed win reelection in 2020, even while under the pressures of the impeachment inquiry.

"I've gone back and forth, but it's starting to turn out that way," Carlson said.

"They're not going to win because of Adam Schiff," Steyn replied. "The Democrats won't win with Adam Schiff."

Steyn added there is a chance a Republican senator or two may vote to convict Trump and remove him from office in a Senate trial, naming Sen. Mitt Romney, R-Utah., as a possibility.

But he said that he hopes the Republican Party will otherwise stick together and stand with the president.