Rep. McCaul: China missile test is what we’ve been worried about

Rep. Michael McCaul, R-Texas, argued on "America Reports" Monday that China’s growing missile arsenal could put American security at risk. The ranking member of the House Foreign Affairs Committee told co-host John Roberts why he's "worried about" the sophistication of China's missiles and the lack of a U.S. defense system to counter the threat.

MICHAEL MCCAUL: This is the most advanced, most dangerous weapon system that we cannot defend ourselves from. We knew they had these missiles when they paraded them in Tiananmen Square. But, we have not seen them actually use it. It is the capability that it was able to orbit the earth and land about 25 miles away from its target, that is the most disturbing thing of all. I call it a wake-up call for the United States and our allies. It is also kind of a Sputnik moment, if you will, where we have to win this global competition against our greatest adversary communist China. 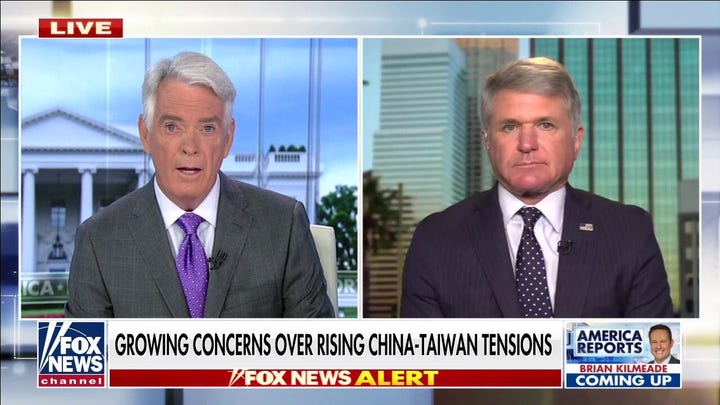