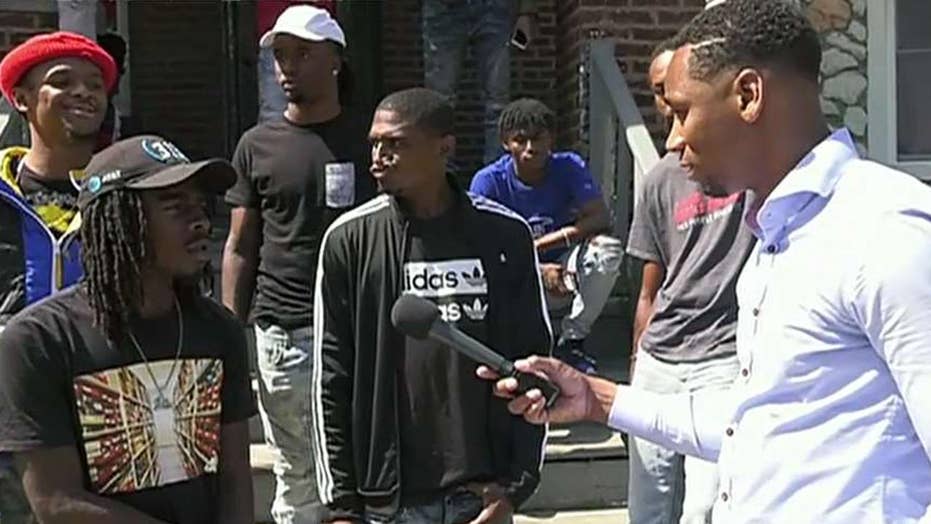 "I went to 27 funerals in '93.  The only difference... today is this right here," said a Chicago man pulling a cellphone from his pocket. "The world can see it every day. Chicago [has] been a third-world country."

Nearly 2,300 people have been shot and 424 were killed in Chicago from January 1 to October 24, 2019, according to the Chicago Tribune.  In the new Fox Nation show, "The New Battle for Chicago," Chicago native and Fox News political analyst Gianno Caldwell puts faces and names behind the grim numbers.

Caldwell appeared on "Fox and Friends" on Tuesday to reveal what he found after speaking to dozens of city residents, including gang members and drug dealers.

"One of the guys in your story is no longer with us, what happened to him?" asked "Fox and Friends" co-host Ainsley Earhardt.

"I met this young man, he seemed like he had some hope, he could potentially do great things with his life, but he was a part of the gang life," said Caldwell.

"I offered him an opportunity," Caldwell continued, saying he offered to help get the man a job.

"He said 'Yes.' Three months later, he was killed."

In the Fox Nation piece, Caldwell delved into the feelings of hopelessness in the African-American community and his own troubled upbringing in Chicago, including his mother's struggle with drug addiction that nearly took her life.

"Drugs were the sole focus of my mom's every day. And then the unthinkable happened. There was a Saturday night. I was ironing a shirt when my mother came in and collapsed on a chair. She was shaking. She put a cover over herself," he revealed. "She had a box cutter and she was trying to kill herself that night.  For her, a life of dependency was a life not worth living."

The stories of desperation are sadly just a few of the testimonials detailed in "The New Battle for Chicago."  But the documentary also highlighted community members' efforts to re-invent themselves and their neighborhoods. 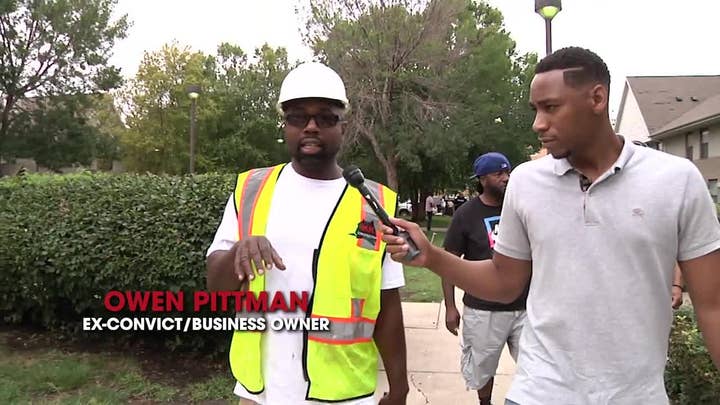 Caldwell interviewed Tyrone Muhammad, who is the founder of Ex-Cons for Community and Social Change (ECCSC).

"Those guys involved with my organization have served 20 years or more in prison," said Muhammad in the Fox Nation documentary. "We are men who recognize that we made a mistake. We know that we helped perpetrate some of the violence in our community. And we learned a long time ago, while we [were] in prison that we will have to change it ourselves. We can no longer allow the legislators to legislate properly and right."

Finally, Caldwell spoke to Chicago residents and politicians about the legacy of President Barack Obama and whether or not he helped the city of Chicago.

"Over 95 percent of African-Americans supported this President Barack Obama," said Caldwell to former Democratic Illinois representative Ken Duncan, "What did he do for black America?"

"That is still to be determined," replied Duncan. "Some of us are still scratching our heads."

Duncan said many people he has spoken to said they did not benefit economically during the Obama presidency.

"If you go into enough barbershops, you talk to people in enough stores or at work," Duncan said, "and then they will confirm that we did not feel his economic impact."

To watch all of "The New Battle for Chicago" go to Fox Nation and sign up today.