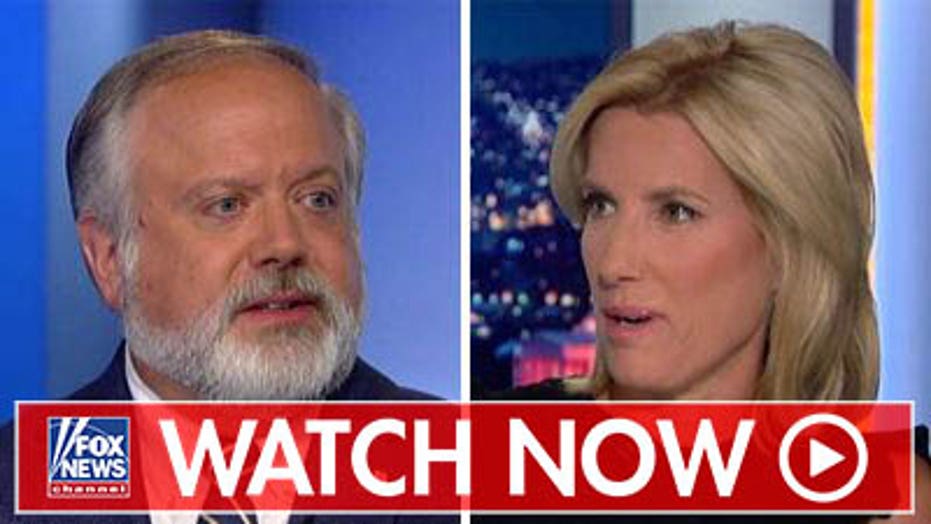 CBP whistleblower Mark Jones goes one-on-one with Laura on the failure of DHS to comply with a law to collect DNA from detained migrants to ensure they are not wanted for any crimes.

A whistleblower from U.S.Customs and Border Protection who helped reveal that the agency failed to comply with a law forcing it to collect DNA from detained migrants spoke Thursday about his decision to go public on the issue.

“We have a great tool that was mandated by and approved by Congress as a law and we're not using it,” Mark Jones told Laura Ingraham, host of "The Ingraham Angle." “We are allowing ourselves to apprehend individuals and process them -- and by not taking the DNA sample, we're not giving our law enforcement, both state and federal, the additional tool to solve these outstanding crimes.”

“We have a great tool that was mandated by and approved by Congress as a law and we're not using it.”

Jones told Ingraham that the program was given a waiver in 2010 based on "exigent circumstances."

"We can't get an answer that says why we would allow what was defined as a one-year delay [to] go into nearly a decade," he said. "It was originally based on exigent circumstances of volume of individuals [and] time taken to collect the sample. It was not necessarily personnel, it was about a 15-minute initial process."

"We can't get an answer that says why we would allow what was defined as a one-year delay [to] go into nearly a decade."

Currently, Jones said, the collection time plus turnaround is "much quicker." 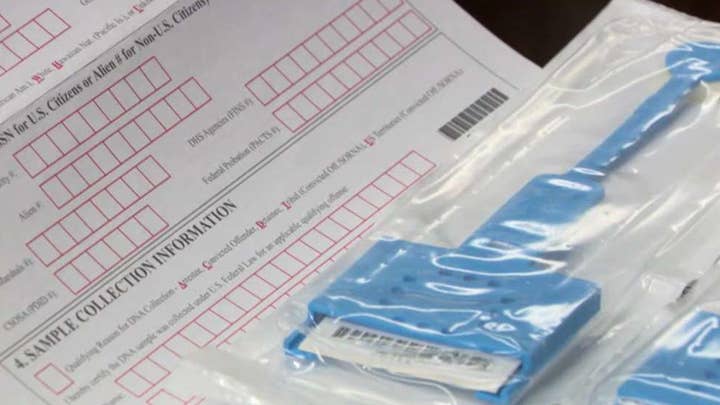 "We filed the complaint with the [U.S.] Office of Special Counsel and one of our predicates was that this waiver or delay was never intended to be permanent, let alone a decade."

After Fox News published an article on the OSC's letter to President Trump on the matter, a Department of Homeland Security (DHS) official said late Wednesday the agency was now going to work closely with the DOJ on a "path forward" on DNA collection. Currently, the official said, DHS was operating under the determination that an Obama-era waiver of the DNA collection requirements was in effect.

But the Office of Special Counsel did not accept that DHS explanation for delaying the law’s implementation.

On "The Ingraham Angle," Jones said that, potentially, Homeland Security Secretary Kevin McAleenan could take prompt action on the matter.

CBP REBUKED BY WATCHDOG, WHISTLEBLOWERS FOR 'FAILURE' TO COLLECT DNA FROM MIGRANT DETAINEES 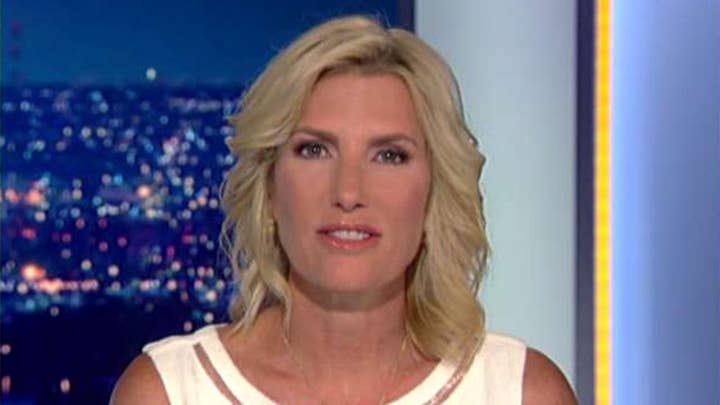 "What we could do, based on the findings of the [Office of] Special Counsel, is the secretary could write a letter to the attorney general today ... and say, 'We recognize that this waiver was never intended to be for a decade,' and order DHS to begin the process of implementation."

Under the law, CBP was required to collect DNA from individuals in its custody, to be run against FBI violent-crimes databases. The procedure is separate from DNA collection designed to establish familial relationships among migrants at the border.

Previously speaking exclusively to Fox News, Jones suggested federal authorities were concerned about facing legal liability from "angel families," or those who have lost loved ones at the hands of illegal immigrants -- and that, by admitting fault, CBP potentially would expose the agency to lawsuits.

In a scathing letter to Trump, exclusively obtained by Fox News, the OSC said CBP's "noncompliance with the law has allowed subjects subsequently accused of violent crimes, including homicide and sexual assault, to elude detection even when detained multiple times by CBP or Immigration and Customs Enforcement (ICE)."

The OSC told the White House that it was taking the "strongest possible step" to "rebuke the agency's failure to comply with the law," as well as its "unreasonable" attempts to defend its own conduct.

Fox News' Catherine Herridge, Gregg Re and Cyd Upson contributed to this report.