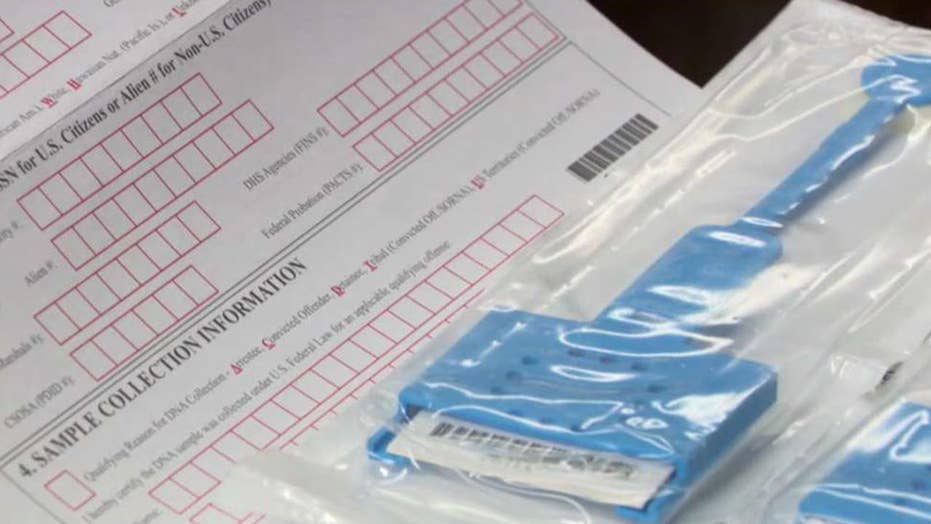 EXCLUSIVE: A top government watchdog on Wednesday alerted President Trump and Congress that Customs and Border Protection (CBP), through a "disturbing" pattern of misconduct, has endangered the public for nearly a decade by failing to comply with a federal law requiring that the agency collect DNA samples from detained migrants.

In a scathing letter to Trump, exclusively obtained by Fox News, the U.S. Office of Special Counsel (OSC) said CBP's "noncompliance with the law has allowed subjects subsequently accused of violent crimes, including homicide and sexual assault, to elude detection even when detained multiple times by CBP or Immigration and Customs Enforcement (ICE)."

CBP REBUKED FOR FAILURE TO COLLECT DNA FROM MIGRANT DETAINEES

The OSC told the White House that it was taking the "strongest possible step" to "rebuke the agency's failure to comply with the law," as well as its "unreasonable" attempts to defend its own conduct.

Under the law, CBP was required to collect DNA from individuals in its custody, to be run against FBI violent-crimes databases. The procedure is separate from DNA collection designed to establish familial relationships among migrants at the border.

After this article was published, a Department of Homeland Security (DHS) official told Fox News late Wednesday the agency was now going to work closely with the DOJ on a "path forward" on DNA collection. Currently, the official said, DHS was operating under the determination that an Obama-era waiver of the DNA collection requirements was in effect.

But the Office of Special Counsel did not accept that DHS explanation for delaying the law’s implementation.

One "troubling" case noted in the letter involved a suspect in a 2009 Denver homicide who had "several interactions" with law enforcement, including two arrests, but was allowed to go free until investigators finally collected a DNA sample in 2017.

In another instance, a suspect in "two particularly brutal" sexual assaults that occurred in 1997 eluded detection despite being in federal custody on nine separate occasions -- before finally being connected to the crime in March 2019, after a DNA sample was collected.

CBP's behavior constituted an "unacceptable dereliction of the agency's law enforcement mandate," Special Counsel Henry J. Kerner wrote. Additionally, Kerner said that CBP's internal review of its own conduct, which cleared the agency of any unlawful activity, was "disingenuous."

"It is disturbing that this would occur even once, let alone routinely, for approximately a decade," he added. "Many cold cases might have been solved -- and victims of violent crimes granted closure -- by now if CBP had complied with its obligations under the law."

The watchdog urged Congress to engage in "robust" oversight, and for authorities to follow the law and collect the DNA samples.

"CBP’s noncompliance with the law has allowed criminal detainees to walk free. Given the significant public safety and law enforcement implications at issue, I urge CBP to immediately reconsider its position and initiate DNA collection from criminal detainees," Kerner said in a statement.

Kerner also praised the CBP whistleblowers who flagged the matter by filing a complaint in May 2018.

The whistleblowers specifically had alleged that the DNA pilot program was put on hold during the Obama administration, and efforts to implement it under the Trump administration were derailed.

“There is no current pilot program. It's basically dead in the water,” whistleblower Fred Wynn said.

Speaking exclusively to Fox News, another whistleblower, Mark Jones, suggested federal authorities were concerned about facing legal liability from "angel families," or those who have lost loved ones at the hands of illegal immigrants -- and that, by admitting fault, CBP potentially would expose the agency to lawsuits. 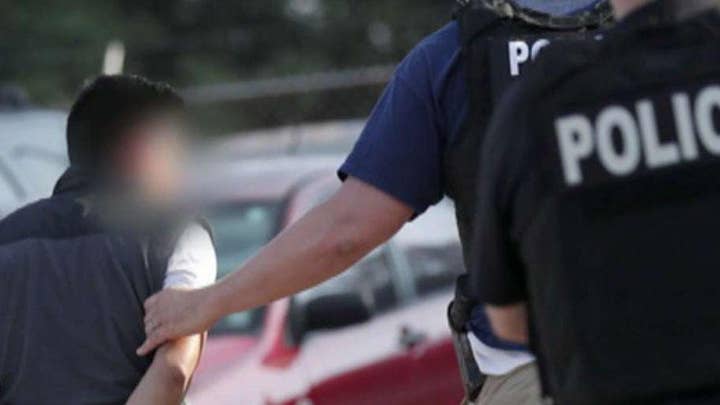 "That has been in discussion that since we have not been fulfilling the law, and that it's been a ten-year implementation on what was said to be expeditious, that folks have expressed concern that it could be a liability issue," Jones said.

“We have a great tool that was mandated by and approved by Congress as a law and we're not using it,” Jones added. “We are allowing ourselves to apprehend individuals and process them and by not taking the DNA sample, we're not giving our law enforcement -- both state and federal -- the additional tool to solve these outstanding crimes.”

In December 2018, CBP responded to the whistleblowers' complaints in a letter to the OSC, saying that an internal review by CBP's Office of Professional Responsibility found that "there has been no violation of law, rule, or regulation, and no substantial and specific danger to public safety."

CBP commissioner: I have no faith Congress will step up to solve border crisis

And, CBP asserted, other law enforcement agencies had picked up the slack and collected the DNA samples.

"CBP policy requires that detainees be promptly processed and turned over to appropriate law enforcement agencies such as Immigration and Customs Enforcement (ICE) and U.S. Marshals Service (USMS). Both ICE and USMS have policies requiring DNA collection of detainees and arrestees," Robert Perez, the deputy CBP commissioner, wrote to the OSC.

But, writing to Trump, Kerner said CBP's arguments were legally and factually "unreasonable."

Kerner pointed out that Napolitano said nearly a decade ago she "intend[ed] to phase‐in implementation [of DNA collection] over the next year," and Holder called for the DNA sampling to resume "expeditiously."

ICE WORKERS, OFFICERS HIT BY WAVE OF VIOLENCE AND THREATS

Kerner told Trump that CBP's claims that it lacked necessary resources were "disingenuous," given increases in its budget over the years and the FBI's state-of-the-art DNA matching technology.

In an extraordinary rebuke that named then-acting CBP Commissioner John Sanders as well as Perez, Kerner went on to accuse CBP brass of seeking deliberately to "delay and obfuscate" his investigation by taking months to issue a supplemental report that he had requested.

Contrary to CBP's claims, other agencies were not, in fact, widely collecting DNA, the special counsel said.

Data from the FBI and whistleblowers, Kerner wrote to Trump, showed that "in 2017, ICE reported 181,246 arrests," yet collected DNA only from 4,977 of those people, or approximately 2.7 percent.

CBP, meanwhile, took DNA samples from "fewer than 100 out of the approximately 330,000 individuals they arrested or apprehended," Kerner added.

The whistleblowers also alleged that in 2016 they were assigned to a new DNA pilot program, which they said senior Homeland Security officials deliberately sidelined.

Mike Taylor, another whistleblower, told Fox News that the bureaucratic and legal wrangling had a very real human cost.

“U.S. citizens, lawful permanent residents and illegal aliens in this country are, and have been, harmed due to our agency not collecting DNA," Taylor said.

The whistleblowers, in their fiery formal response to CBP's claims, told OSC it would be "complicit" in "what could amount to an unconstitutional circumvention of the law" if it bought CBP's argument.

"CBP’s assertions are so audacious that they would be laughable were it not for the fact that the nation’s largest law enforcement agency continues to actively frustrate implementation of a law that, like the Department of Homeland Security itself, was designed to keep Americans safe," they wrote.