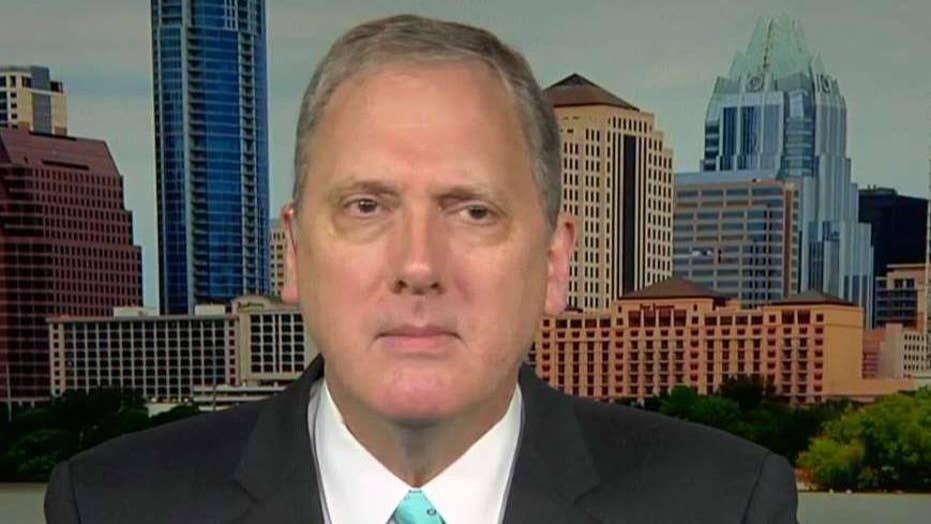 Devore, a Republican who has since moved to Texas, made the statement on “Fox & Friends,” adding: “The state is dying.”

“If you want a blueprint of what America will look like if the left takes over, look no further than California," he said. "They have half of the nation’s unsheltered individuals in one state, in California. The place is falling apart.”

On Wednesday, President Trump delivered an ultimatum to Gov. Gavin Newsom, a Democrat, regarding the Golden State’s homelessness problem, warning of federal intervention if the problem isn’t addressed soon.

Images of homeless people camped out on streets and in public parks have become commonplace in San Francisco and Los Angeles, as well as the state’s smaller cities. In addition, tech giant Oracle this month moved its long-running OpenWorld conference to Las Vegas, reportedly citing San Francisco’s "poor street conditions" as a factor.

"California is failing. President Trump certainly is going to have his work cut out for him because it’s very difficult for the federal government to move alone, without the state and local governments backing them up," Devore continued. "However, I know a lot of nonprofits out in California would certainly love to see a change in policy, and maybe we’re going to see that and maybe we will start to see a reduction in the homeless population. In the meantime, though, California isn’t looking good."

“I predict within two years, you're actually going to see California begin to shrink in population as people leave the state and go to other places like Texas where taxes are lower and regulation is less,” he added.