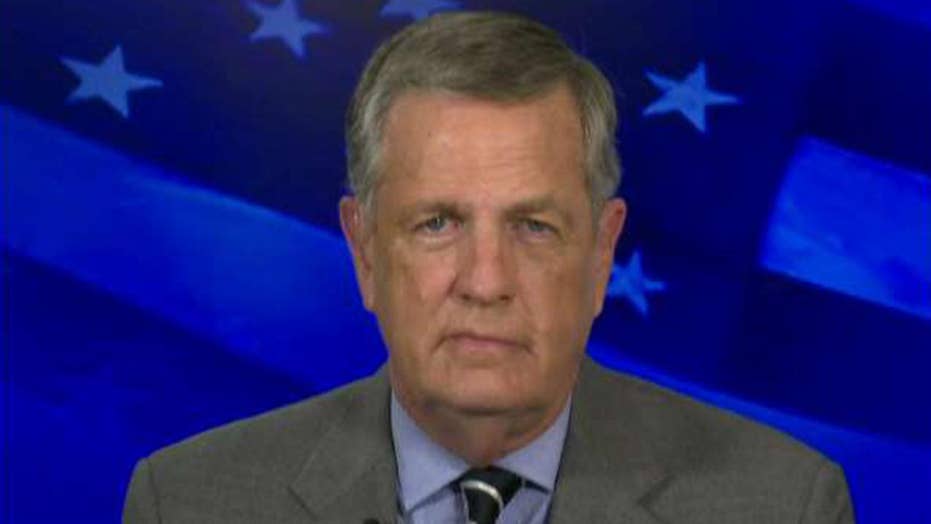 Brit Hume on Democrats' call for impeachment witnesses: It's a hail Mary pass

Fox News senior political analyst Brit Hume said Tuesday that Democrats are depending on completing a  "Hail Mary pass" by pushing for witness testimony in the upcoming Senate impeachment trial of President Trump.

"I think that witnesses could happen. But make no mistake about what this is. This is a Hail Mary pass being encouraged mostly by a Democratic prosecution, House prosecutors who obviously don't think that the evidence that they have introduced so far is sufficient for a conviction," Hume said on "The Story with Martha MacCallum" Tuesday. "And they're trying now at the last minute to get further witness testimony."

Senate Majority Leader Mitch McConnell, R-Ky., has warned those calling for new testimony that Republicans could have the chance to call witnesses, too, setting expectations for proceedings to start in the coming days and formally launch next week.

Hume also pointed out that if acting White House Chief of Staff Mick Mulvaney and former National Security Adviser John Bolton testify, Democrats do not know what they will say.

"What do they know about ... what these witnesses would testify to? The answer is nothing," Hume said. "How often does a confident prosecutor go into a case and in the midst of a trial call a witness that he hasn't even interviewed?"

"So if they had full confidence in the evidence that they have so far, they wouldn't be trying to do this," Hume added.

The analyst also said some Republicans may believe that the president's actions involving Ukraine were "improper but not impeachable."

"And let's assume, Martha, just for the sake of discussion, that John Bolton comes in and he says, 'Yeah, the president wanted the Bidens investigated and he withheld the aid for a time to try to get that done,'" Hume said. "I don't think very many Republican senators are going to say that they think Trump did that or that he's guilty of that."