Several top White House lawyers are slated to serve as the defense team in President Trump’s looming impeachment trial, Fox News has learned, as the House prepares to send the official articles to the Senate as early as Wednesday.

In a Democratic caucus meeting Tuesday morning, House Speaker Nancy Pelosi did not announce which lawmakers will be tapped as impeachment managers – who serve as prosecutors – in the case. Fox News is told a House vote on sending the two articles of impeachment to the Senate is expected Wednesday, at which point more details will emerge on Democrats' plans.

But the president's defense team has essentially formed.

The White House and the president’s team are looking for a fair process that affords Trump the rights they claim he was denied in the House impeachment inquiry, the official said, while also saying that the president expects to be exonerated in the process. 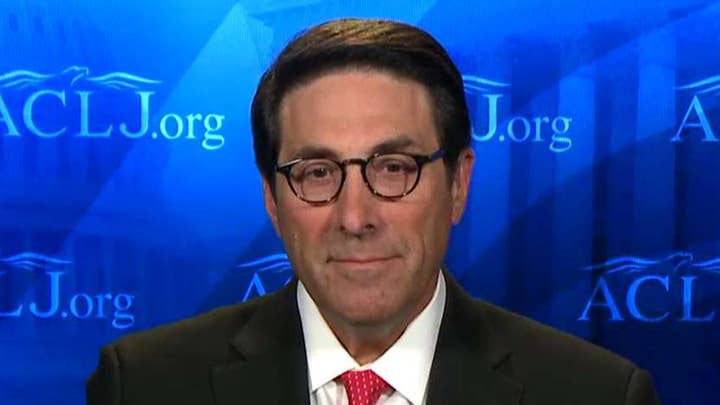 Despite that apparent expectation, the president in recent days has publicly pushed for the case to be outright dismissed, and for the Senate to bypass a trial.

White House press secretary Stephanie Grisham on Monday doubled down on the president’s suggestion saying: “I think the president’s communicating that there should be a dismissal because he did nothing wrong.”

She added: “Obviously, he would want dismissal of everything. But at the end of the day, if it does go to the Senate for a trial, he does want it to be fair, which is all he deserves.”

But the idea of dismissal does not seem to be gaining traction in the Senate.

Despite the president’s suggestion, Sen. Ted Cruz, R-Texas, has argued that the president will be acquitted and that the Senate will come to a verdict of "not guilty," which he said is a more positive resolution.

"The outcome will not be a dismissal, it will be an acquittal," Cruz said on Fox News' "America's Newsroom" Tuesday. "That is a much better outcome for the president to be acquitted of these charges."

The trial would not begin the moment Pelosi sends the articles. A Senate GOP aide told Fox News Monday that there would be three to four days of pre-trial preparations.

The aide told Fox News that part of the pre-trial prep would include the swearing-in of senators and U.S. Chief Justice John Roberts, briefings from House managers and Trump’s legal team, and a debate and vote on the resolution that would lay out the parameters for the trial.

How the trial would proceed remains an open question.

Senate Majority Leader Mitch McConnell, R-Ky., has repeatedly said that the resolution to govern the impeachment trial in the Senate would mirror the one used for then-President Bill Clinton’s impeachment trial in 1999 — setting a time frame for the trail to begin, with the opportunity for lawmakers to determine how to proceed on potential witness testimony and additional documents later, after both the president’s defense and the prosecution make their opening statements.

McConnell has insisted that he has the votes to pass the organizing resolution and begin the trial, before committing to witness testimony. Several GOP senators have indicated, though, that they would like to see additional witness testimony, raising the prospect that figures like former national security adviser John Bolton could be called.

In impeachment, most resolutions can pass with a simple majority. To remove the president from office, though, there must be 67 votes.