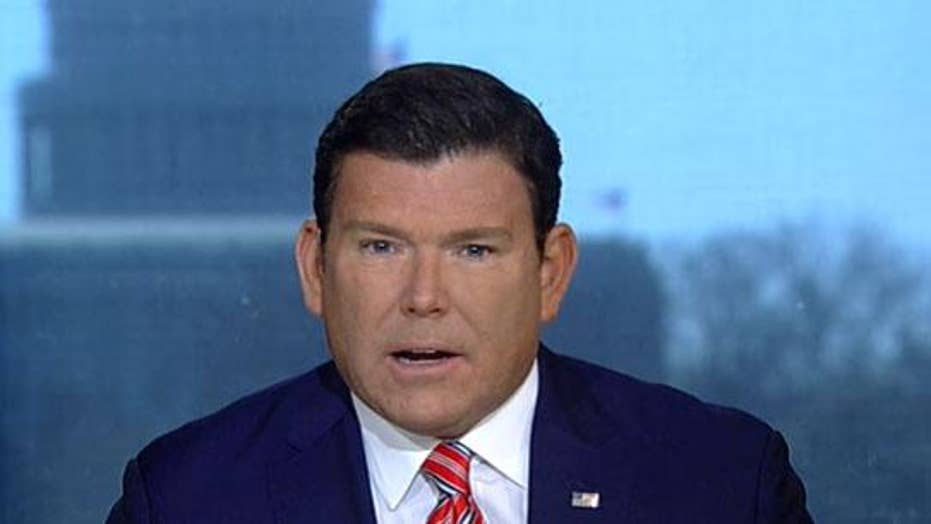 "Special Report" anchor Bret Baier said on Thursday that impeachment politics may have turned against House Democrats in key states, prompting House Speaker Nancy Pelosi, D-Calif., to state that she may wait to send articles of impeachment to the GOP-controlled Senate.

“The politics of this perhaps turned around in some key states because, obviously, you would want to talk about it if you've accomplished the thing you've set out to do for a long period of time,” Baier told “America’s Newsroom" after Pelosi took only a limited number of questions about impeachment Thursday at her weekly news conference.

PELOSI SUGGESTS SHE MAY WAIT TO SEND IMPEACHMENT ARTICLES TO SENATE: 'WE'LL MAKE A DECISION ... AS WE GO ALONG'

Pelosi’s move to wait to send their articles of impeachment against President Trump to the GOP-controlled Senate is based on a stated concern that they are incapable of holding a fair trial. Pelosi held a press conference on Wednesday following the House impeachment vote and was asked what would qualify as a "fair trial."

She was then asked about possibly withholding the articles of impeachment from the Senate until they get certain reassurances, and the speaker refused to give a direct answer.

"Again, we'll decide what that dynamic is, but we hope that the resolution of that process will be soon in the Senate," she said.

The Speaker then repeatedly fended off questions about withholding the articles, before saying it would ultimately be a joint decision between the House and Senate.

"We will make our decision as to when we're going to send -- when we see what they're doing on the Senate side, but that's a decision that we will make jointly," she said.

The impeachment vote total on the abuse-of-power count was 230–197, with Hawaii Democratic Rep. Tulsi Gabbard voting present. The obstruction vote total was 229–198, with Gabbard also voting present on that count, too.

“You would want to talk about the next steps and the accomplishments. She talked about it a little bit but definitely wanted to move on to talk about other things that were bipartisan that Republicans and the administration had pushed for," said Baier.