EDITOR'S NOTE: An earlier version of this story accurately quoted the book as describing "PC" as standing for "politically correct" in characterizing certain Obama administration meetings. The author has since informed Fox News this was due to a misunderstanding between him and his source and that the initials referred to "Principals Committee."

The revelation comes in commentator Doug Wead's new book  "Inside Trump's White House: The Real Story of His Presidency," which is set for release on Nov. 26. Wead cites an unnamed White House source who claims CIA officials leveled complaints against the Obama administration during a meeting with then-CIA director Mike Pompeo.

"They met with the agency’s top five staff members. Someone from the White House asked about the major differences between the Trump administration and that of its predecessor," Wead wrote. "Was there something the Trump folks could be doing better? One answer given was that in the last administration, everything was being run from the White House.

DOUG WEAD: I INTERVIEWED THE TRUMP FAMILY FOR TWO YEARS AND THIS IS WHAT I FOUND 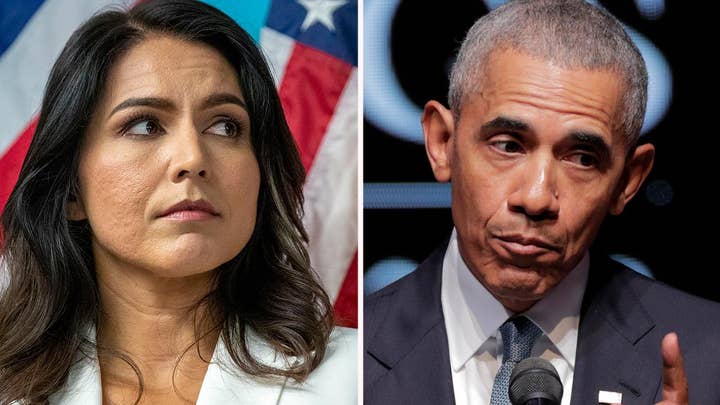 The president’s staff was very operationally involved. If the CIA wanted to buy furniture in one of its foreign stations, it might require the White House to sign off on the purchase."

According to Wead's source, Trump decentralized control and gave more freedom to agencies.

"The new Trump theory was to let them make choices. If they’re not making those decisions themselves, then we can always pull it back up. So that was the first thing," Wead's White House source said, according to the excerpt.

The book also referred to "political correctness" meetings, but the author has since walked back the characterization.

“Next thing they said was that, in the previous administration, they spent a lot of time in the White House doing nonstop PC [political correctness] meetings. They would have a meeting every week, and at the conclusion of the meeting there was always the suggestion, ‘Let’s meet again in two weeks.’ Nothing was ever resolved. Nothing was ever good enough," the book said, quoting the White House source.

Two Obama administration officials, though, pushed back at the description, telling Fox News they had never heard of such “political correctness” meetings and saying the complaint was likely a reference to Principals Committee meetings. Those National Security Council meetings include key members of the Cabinet.

Wead later confirmed that the source was indeed referring to the "Principals Committee."