Country music star Big Kenney of "Big &amp; Rich," discusses the efforts to help the victims of the Nashville tornado.

Speaking on “Fox & Friends” on Thursday, country music star Big Kenny of "Big & Rich," talked about the efforts to help the victims of the tornadoes that hit central Tennessee early Tuesday morning, which state officials said killed at least 24 people.

“It's crazy when you think of the amount of destruction, and everyone’s seeing it out there, it just makes it so real and a lot more real to the people who actually got affected by it than myself and my family who were lucky enough to be south of the path of this tornado,” Big Kenny said on Wednesday, reacting to the damage.

At least two tornadoes blew through the state, causing significant damage near downtown Nashville and Putnam County, around 80 miles east.

Big Kenny said the bad weather woke him up early on Tuesday.

“Seeing the ongoing efforts of everybody just trying to get their lives back in order, it's just one of those things that reminds you how important community is and how much we can all do when we come together to try to help our neighbors,” said Big Kenny, who participated in a telethon on Wednesday night to raise money for those impacted by the tornadoes. 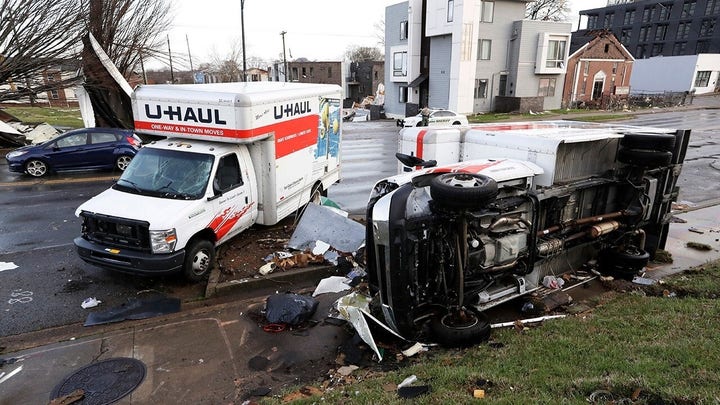 Big Kenny said people were accepting calls all day long from “concerned citizen after concerned citizen, neighbor after neighbor," calling in and giving $5, $10, $200, $20,000, whatever it may be.”

He went on to say that he believes about a half a million dollars was collected on Wednesday.

“There are ongoing efforts like that all over the place right now,” Big Kenny said.

“It's just always awesome to see the strong outpouring of support in this community and from so many communities outside of here,” he added. “I mean, there is a lot of people in this country that have a relationship to Music City U.S.A. and, by golly, we’re going to keep the music playing.”

“Everything from John C. Tune Airport almost totally demolished to Donelson Christian Academy, a school that's just leveled. Imagine if that had happened in the middle of the day when those kids were there. It's just unbelievable,” Big Kenny said, pointing to some of the damage. “So, you know, I count my blessings that as many people were kept safe as possible and there was [sic] no more deaths from it than what we’ve had.” 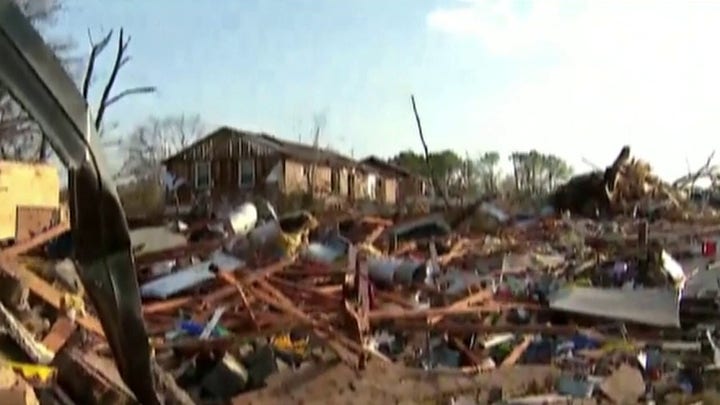 “You know, it's just heart wrenching for all of us. Such a great time for us all to come together and do whatever we can to help out,” he continued.

To help the victims of the tornadoes visit: musiccity.com/nashvillestrong