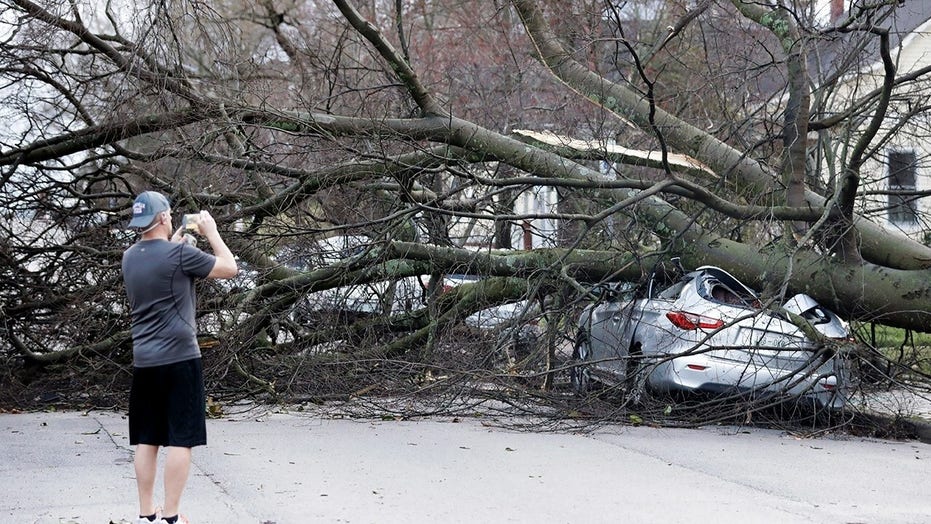 "It hit so fast, a lot of folks didn't have time to take shelter," Putnam County Mayor Randy Porter said. “Many of these folks were sleeping.”

Officials in Putnam County, which was one of the hardest-hit areas, said children were among the dead, FOX 13 in Memphis reported.

At least two tornadoes blew through the state, causing significant damage near downtown Nashville and Putnam County around 80 miles east.

Amid the damage was more than 100 destroyed buildings, downed power lines and a severely damaged airport.

“We are resilient and we're going to rebuild,” Nashville Mayor John Cooper said.

The number of missing was down from 77 earlier in the day, officials said, along with a list of names posted on Facebook, FOX 13 and FOX 17 in Nashville reported.

President Trump, who plans to visit the area Friday, sent his condolences to the state.

“I want to send my warm wishes to the great people of Tennessee," Trump said at the beginning of his speech at the National Association of Counties Legislative Conference Tuesday. ”Our hearts are full of sorrow for the lives that were lost."

The governor has declared a state of emergency and sent the National Guard to help with search and rescue efforts in Putnam County.