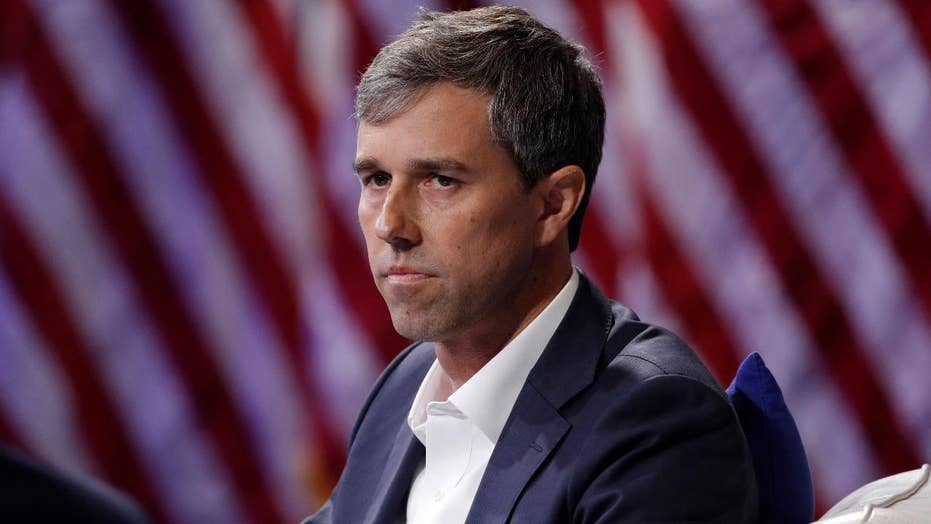 Beto O'Rourke in favor of House vote on impeachment inquiry

Former Rep. Beto O'Rourke, D-Texas, said on Wednesday that while he didn't want to question his former boss's wisdom, he thinks that House Democrats should hold an impeachment vote in order to disrupt the White House's narrative on the issue.

“I don’t want to question the speaker’s wisdom and I’m sure she has a very good reason for proceeding in the way that she has," the 2020 hopeful told MSNBC. "But to your question, I’d love to remove that as a talking point or a reason for the kind of obstruction that you’re seeing from the president.”

MSNBC host Hallie Jackson had asked O'Rourke whether he thought House Speaker Nancy Pelosi, D-Calif., should act to take away the administration's legal argument for not cooperating with her inquiry.

O'ROURKE CALLS ON TRUMP TO RESIGN OVER UKRAINE CONTROVERSY, SAYS IT WOULD 'BRING THE COUNTRY TOGETHER'

O'Rourke also endorsed the view that Trump could create grounds for another article of impeachment if he continually declined to cooperate with the inquiry. "The president cannot obstruct with impunity. There will be consequences," O'Rourke said.

Trump has gone so far as daring Pelosi to hold an official vote, an apparent attempt to brand the inquiry as a disingenous political stunt. Pelosi announced the inquiry at the end of September, alleging that the administration violated the law by suppressing a whistleblower report about the president's July call with Ukraine.

On Wednesday, Trump raised questions about the whistleblower's impartiality while pointing to a report that the individual previously worked for an unnamed 2020 Democratic candidate.

"Why doesn’t the ICIG do something about this Scam?" Trump tweeted, referring to the inspector general for the U.S. intelligence community. "He should have never let it start, a Dem Hoax!"

O'Rourke, who has long called for impeachment, told MSNBC that the whistleblower's political bias was "immaterial to the charge that has been leveled against the president."

President Trump has denied any wrongdoing in his call with Ukrainian President Volodymyr Zelensky and previoulsy released a rough transcript of the call. That transcript showed no explicit quid pro quo involving foreign aid for an investigation into former Vice President Joe Biden. Ukrainian officials have also denied that Trump pressured them during the call.

Democrats have alleged the transcript shows Trump inappropriately asking a foreign government to interfere in the 2020 presidential election.