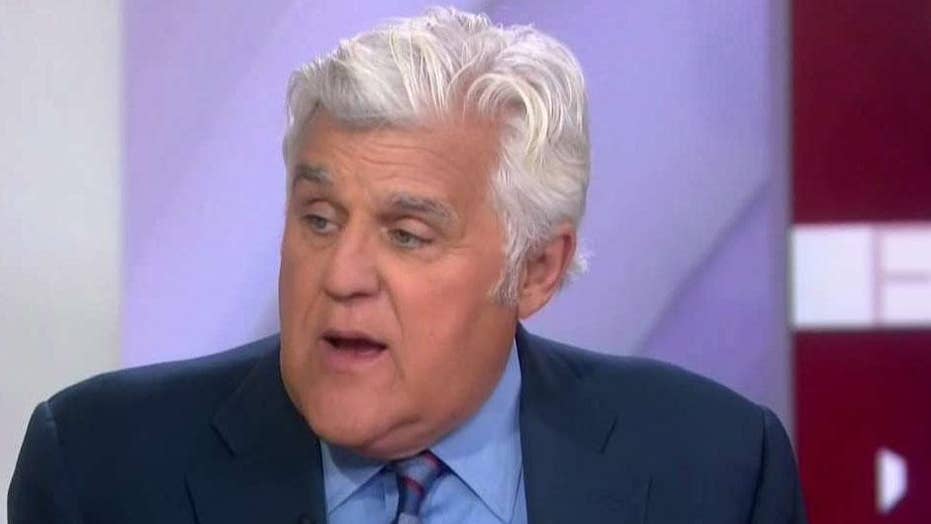 An Asian American advocacy group is telling NBC to cut ties with former late-night host Jay Leno after he made an insensitive joke about Koreans eating dog meat.

Leno reportedly made the comment during an episode of "America's Got Talent," which recently received scrutiny for the way it treated Gabrielle Union, a former host who was allegedly told that some of her hairstyles were "too black" for the show's audience.

The dog jokes have been a longstanding issue between the group -- Media Action Network for Asian Americans (MANAA) -- and NBC, according to The Hollywood Reporter.

According to MANAA, the group repeatedly met with NBC executives, but Leno has "been an unrepentant repeat offender and still has a bizarre fixation with Asians eating dogs."

"Over a 10-year period, we and other members of the Asian Pacific American Media Coalition (which has met with the networks since 1999/2000 to push for better inclusion and depiction of Asian Americans) met and corresponded with NBC executives about this," MANAA President Guy Aoki said.

"Then-NBC executive vice president of diversity Paula Madison also had a confrontation with the then-Tonight Show host, but the matter only got resolved after the APAMC’s second attempt to go after Leno’s advertisers in 2012," Aoki said.

In 2012, Aoki reportedly argued that Leno's comments were harmful because Americans were unable to distinguish between Asians of different heritages.

"Many Americans are unable to distinguish between persons of Korean heritage living in North Korea, South Korea or the U.S., or between Asians and Asian Americans generally," he said.

"Therefore, when Mr. Leno jokes about North Koreans and the consumption of dogs and cats, he perpetuates a persistent belief held by many Americans that Asian Americans and Korean Americans are perpetual foreigners who bring their objectionable dining habits to the U.S," Aoki said. "We are not accepted as real Americans; rather, we are subjected to ridicule, disdain and abuse, which has resulted in a rise in racial profiling and hate crimes against Asians, Asian Americans and immigrants."

JAY LENO ON LATE-NIGHT TV: 'I DON'T MISS IT'

A representative for Leno did not immediately respond to Fox News' request for comment.

Since Leno left his coveted late-night position in 2009, the former host helped to pave the way for a new generation of late-night leaders. But the comic previously told Closer Weekly that, due to the change in times from when he worked at night, he believes that working in the industry now is a lot harder.

Leno has been outspoken about certain issues, like the college admissions scandal, since leaving NBC.

“This is a great time for everybody but white guys,” Leno previously told Fox News. “Like this stupid college thing that’s going on, that just broke this week – that is the ultimate… you know, I always hear the term 'white privilege,' and what does that mean – this is the legal definition of it.”