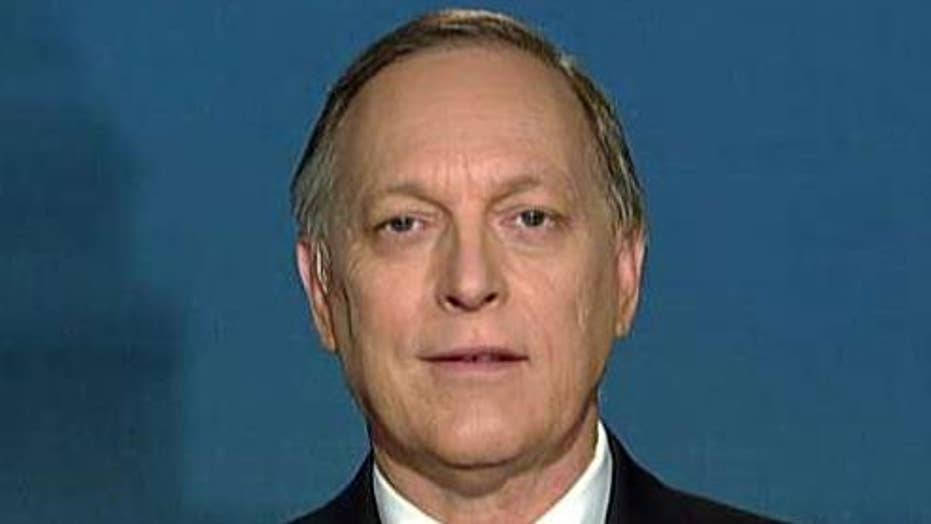 The House Judiciary Committee voted Friday to adopt two articles of impeachment against President Trump -- capping a contentious three-day session that Republicans panned as a “kangaroo court” and teeing up a historic floor vote right before the holiday break.

The host of "Cavuto LIVE," Neil Cavuto, asked Biggs if it would be "weird" working across the aisle again after the proceedings have finished.

Biggs said, that while Congress would set aside some of their differences, "there is some lasting harm done to the institution itself over this and not necessarily in personal relationships that I've had with my colleagues on the other side."

ARI FLEISCHER ON HOUSE DEMS' IMPEACHMENT PUSH: 'THEY SHOT A BULLET THEY CAN'T TAKE BACK'

"So...you're going to see some bills come out this week and you saw the NDAA come out in the same week. And, good grief, we set aside some of our differences there and go forward because we think it is good policy," he explained.

Cavuto pointed out that some Democrats interpret Republican coordination with the White House counsel as "a little too close."

He asked Biggs for his defense of a process Democrats "would quickly interpret as, 'Well, they wronged us, so we'll wrong them.'"

"Well, I think it's rich coming from my Democratic colleagues who, for three years, have said they wanted to impeach the president, remove him, or call it a coup even sometimes themselves. Talk about a rigged process," Biggs retorted.

He said he believes Democrats' articles of impeachment are "baked in the House," and the question is "whether they could provide compelling evidence to get something done in the Senate."

"What I'm getting at is, I think it's hypocrisy. They've lost their credibility," he stated.

Biggs predicted the process would take a couple of weeks but said that he doesn't think there will be a lot of witnesses introduced.