Arizona GOP chair Dr. Kelli Ward said on Thursday that Twitter's restrictions on her account a week before the state's primary election are “a clear picture of bias against conservatives.”

“When they suspended my account, they didn’t just suspend some random Twitter user, they suspended the duly elected Republican chairman of the great state of Arizona,” Ward told "Fox & Friends First."

Ward said that Arizona is a battleground state in the 2020 election for both the presidential election and for the U.S. Senate. Ward noted that her account was suspended a week before the state’s primary and less than 100 days before the general election.

TRUMP JR. BASHES TWITTER SUSPENSION: 'THIS NEVER HAPPENS TO ... THE LEFT. IT ONLY HURTS CONSERVATIVES'

Ward, 51, a physician who served in Arizona’s state Senate and also ran as a U.S. Senate candidate, had shared a viral video showing a group of physicians making comments about the coronavirus pandemic that were found to be false and misleading, the Arizona Republic reported.

The video was the same one for which Twitter also suspended the account of Donald Trump Jr. for 12 hours, a move that the president’s son told Tucker Carlson was among numerous tech-industry actions that he said “benefits the left” and “hurts conservatives.”

San Francisco-based Twitter decided the content of the video was “potentially harmful” to the public, the Republic reported.

Whether Ward’s suspension also was for 12 days was unclear. But in a statement, state GOP executive director Greg Safsten blasted the tech company’s action, questioning its timing. 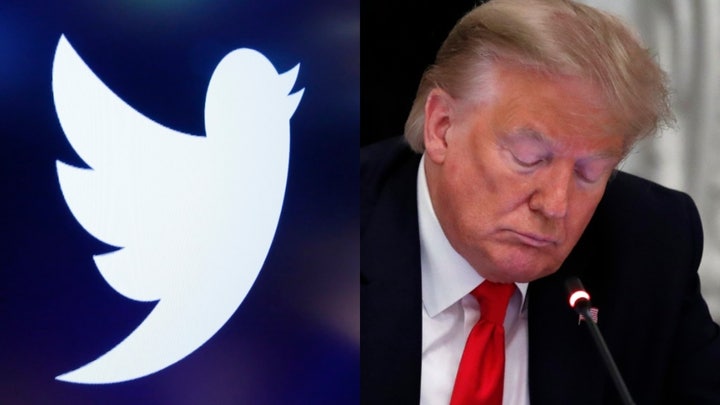 Ward said that there have been studies with thousands of people or retrospective analyses that show that hydroxychloroquine in combination with other medications could be “beneficial and save lives.”

“While some smaller studies, one in Brazil, show that perhaps there are not any benefits,” Ward said.

Ward went on to say, “What is most important is to continue that dialogue and to continue the research efforts to make sure that we are doing the best things possible for people out there in this virus that we know little about now, but, we know much more than we did four to five months ago.”