Former White House Communications Director Anthony Scaramucci did not mince words about President Trump on Friday, calling him a "traitor to the United States."

Appearing on CNN, Scaramucci accused Trump of "disavowing his oath to the Constitution" for asking Ukraine and China to investigate former Vice President Joe Biden and his son Hunter Biden over their financial ties with the two countries during the Obama administration. Scaramucci, who served for only a very short time in the White House earlier in Trump's term of office, labeling his actions "disgusting" and referred to the controversy as "systemic criminality."

"He's under a tremendous amount of pressure, poll numbers are a complete disaster, he's in a panic, he's about to be completely humiliated as an incumbent president, who had a recently good to very good economy. It's just his personality and style and traitorous nature because you have to call him for what he is," Scaramucci said. 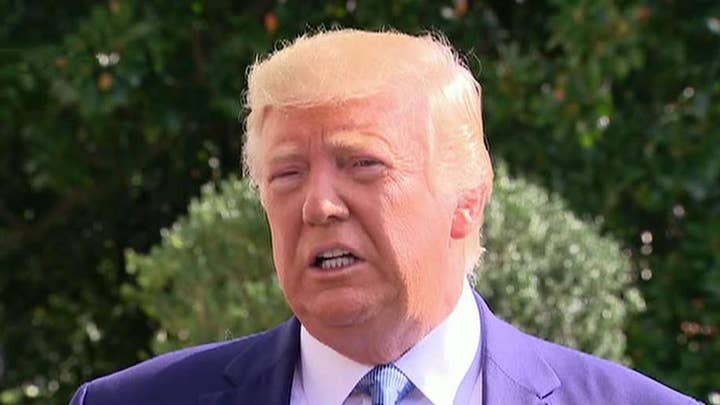 "So this is a full-blown disaster and he's reacting to it in a way as somebody who doesn't have any principles or any morals. So it will continue to get worse and hopefully, Congress will break at some point."

Scaramucci, who lasted in his position at the White House for just 11 days, has recently positioned himself as a fierce critic of the president. He has claimed Trump is practicing "early-stage fascism" and has called him a "demagogue."

He also predicted back in August that Trump won't be the Republican nominee in the 2020 election. A handful of others, including former Massachusetts Gov. Bill Weld and former South Carolina congressman Mark Sanford, are also vying for the Republican Party nomination.