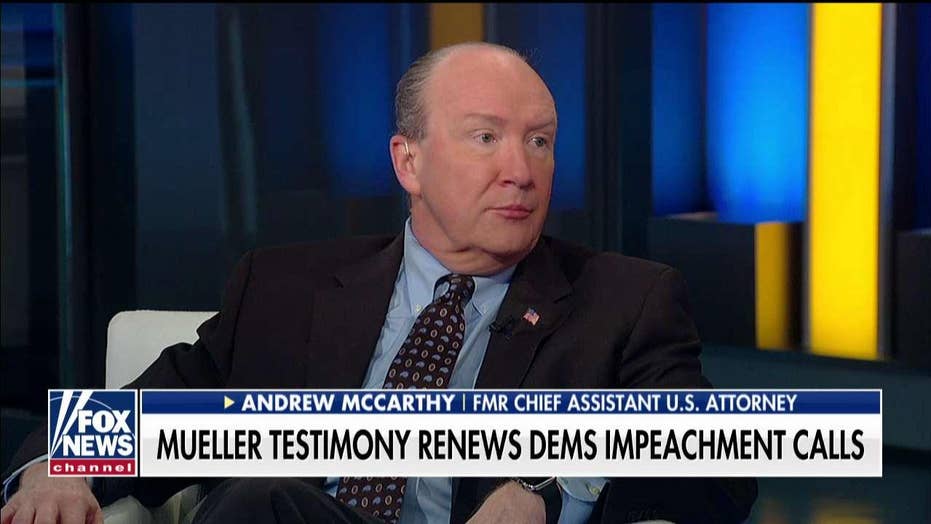 Fox News&nbsp;contributor and former federal prosecutor Andy McCarthy said Thursday on "Fox &amp; Friends" that his biggest takeaway from the Mueller hearing was the&nbsp;"staff-driven" nature of the Russia probe.&nbsp;

Fox News contributor and former federal prosecutor Andy McCarthy said Thursday on "Fox & Friends" that his biggest takeaway from the Mueller hearing was the "staff-driven" nature of the Russia probe.

"It's inconceivable that Robert Mueller ran this investigation. One thing that was evident in seven hours of testimony is that he only has a remote familiarity with his own report and with the investigation. He was actually staff-driven and that's what the president has been saying all along," he said.

Host Steve Doocy noted that the president's critics have long chastised him for claiming "13 angry Democrats" were fueling the probe, often countering that Robert Mueller was ensuring the fairness of the proceedings. 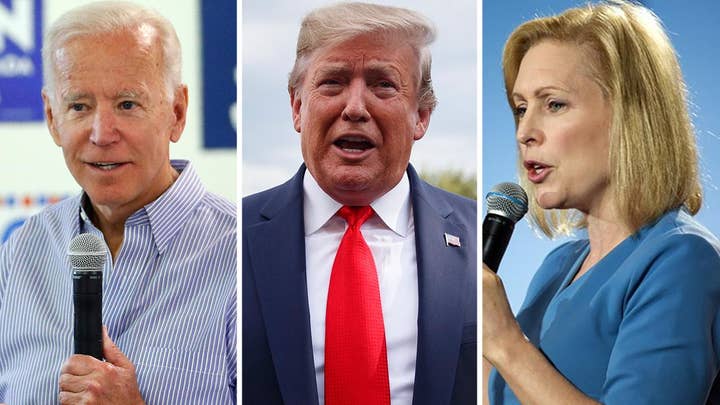 McCarthy said he would have liked to see Republicans also ask some open-ended questions since Mueller didn't seem "up to" giving sufficient answers.

Mueller delivered his long-awaited testimonies in front of two House committees Wednesday regarding his summary report of the nearly two-year investigation into Russian interference in the 2016 election and related matters.

In his opening statement to the House Judiciary Committee, Mueller warned Democratic and Republican lawmakers that his "testimony will necessarily be limited," and thus he would not discuss details of the FBI's Russia investigation, the Steele Dossier or the actions of Attorney General William Barr.

On numerous occasions, Mueller either directed committee members to the report or said "I'm not going to discuss that," "I can't answer that," "I'm not certain I would adopt that characterization," or "That's out of my purview." He also refused to read from the report himself and gave one-word answers to a number of questions or attempts at clarification, saying "yes," "no," "true," or "correct" throughout his testimony.