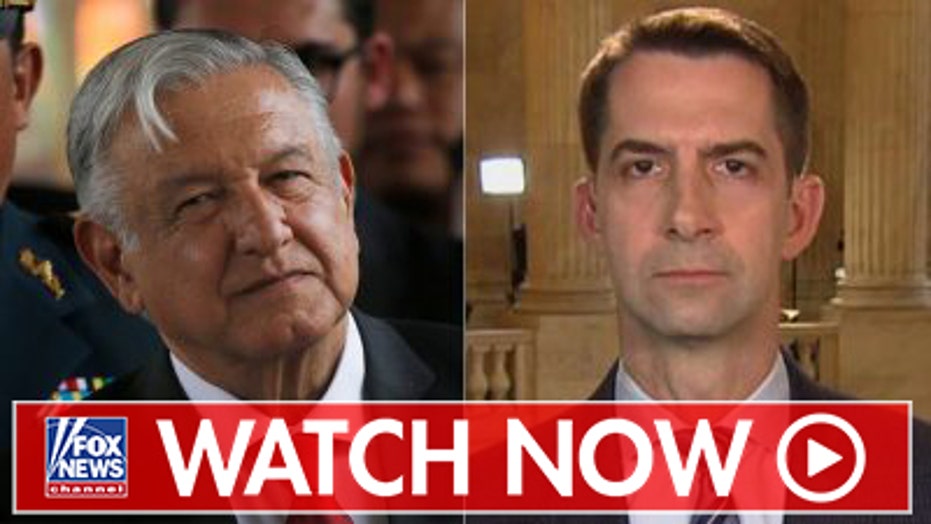 The U.S. government may have to take unilateral action if the Mexican government doesn't act appropriately in response to the murder of American citizens in his country, according to Sen. Tom Cotton, R-Ark.

"Neil, unfortunately, it's plain that the Mexican government can't handle this," he said.

"President Lopez Obrador came into office almost a year ago saying that his strategy for dealing with the cartels was going to be more hugs, not bullets. That may work in a children's fairy tale, but in the real world when three American women and six American children were gunned down and burned alive the only thing that can counteract bullets is more and bigger bullets. If the Mexican government cannot protect American citizens in Mexico, then the United States may have to take matters into our own hands." 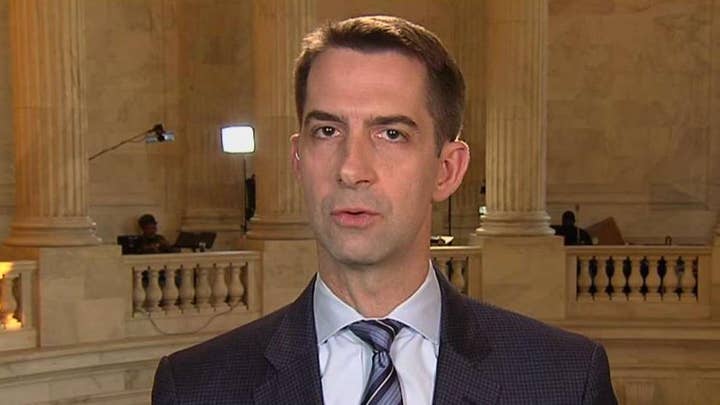 After President Trump offered to help Lopez Obrador wage "war" on the drug cartels, the Mexican leader refused the offer and said at a news conference, "the worst thing you can have is war." Lopez Obrador also claimed his predecessors tried warring with cartels but "it didn't work."

On "Your World," Cotton compared Lopez Obrador's reaction to heads of state appeasing or refusing to confront dictators or terrorist groups.

"They take it as a sign of weakness and they prey upon the innocent," he said.

On Monday, nine Americans living in a community of U.S. citizens in Sonora state -- near the border with New Mexico and Arizona -- were gunned down when their vehicle encountered cartel members near the town of Bavispe.

Cotton reiterated his point, saying again that if Lopez Obrador refuses to act appropriately, America may have to consider responding on his own. He pointed to the ability of the U.S. to take down terrorist leaders abroad, naming ISIS leader Abu Bakr al-Baghdadi in Syria and Usama bin Laden in Pakistan.

He said Mexico is much closer to home than those two countries.

"We can certainly defend American citizens inside of Mexico if Mexico is not willing or able to do so," Cotton remarked, adding the cartel violence is another reason the White House is correct to press for a secure southern border.

In the wake of the murders, the  State Department issued a statement saying, “The safety and welfare of U.S. citizens abroad is among the Department of State’s top priorities. When a U.S. citizen is missing or passes away overseas, we engage with local officials at multiple levels and provide all appropriate consular assistance."