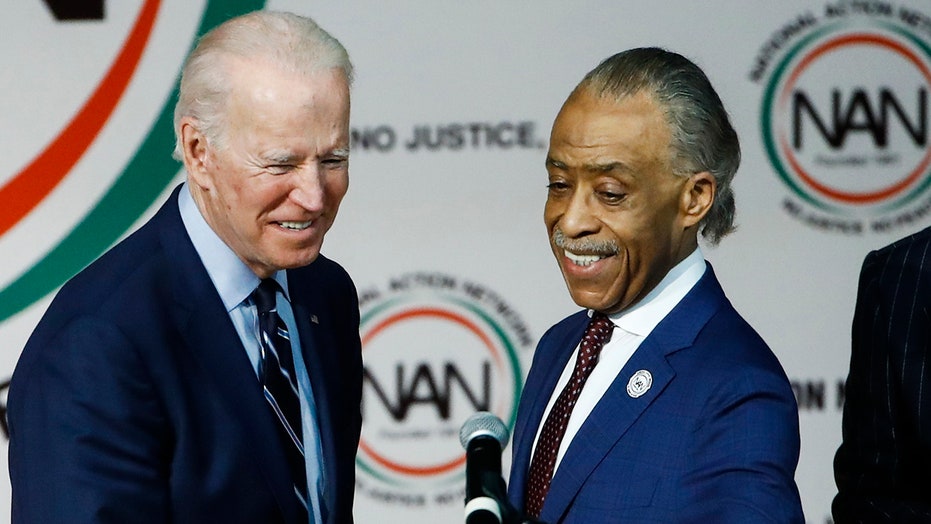 In a panel on MSNBC's "Morning Joe," Sharpton agreed that Biden's "shocking" victory was “because of black voters across the Deep South that kept this campaign alive when everybody else considered it dead.”

“No doubt about it," he told host Joe Scarborough, going on to call out so-called "latte liberals" who have lost touch with the base of the party, specifically African-Americans.

“When you look at what happened last night, even those of us that felt that he was being underestimated with black voters were stunned at how overwhelmingly he was supported," said Sharpton, crediting Rep. Jim Clyburn, D-S.C., for helping galvanize the black community in favor of Biden.

“The other thing you have to keep in mind is that people felt – I heard it over and over again, I heard it in Selma where Joe Biden and I spoke on Sunday at Brown Chapel – people said Joe Biden stood by Barack Obama. He stood by our guy, we’re going to stand by him,” he explained, praising Biden's comeback.

“There’s an identity there in our community where we feel we’ve been counted out," he stated further. "Just because you count a guy out it doesn’t mean the fight is over.”

"As we say in church, they’re so heavenly-bound, they’re no earthly good.”

Voter turnout for Tuesday's contests was record-breaking – larger than in former President Barack Obama's 2008 campaign – as some voters waited for hours to cast their votes. Election turnout in Virginia nearly doubled from 2016 and Saturday's South Carolina Democratic primary voters broke their turnout record. The same could be said for Utah.