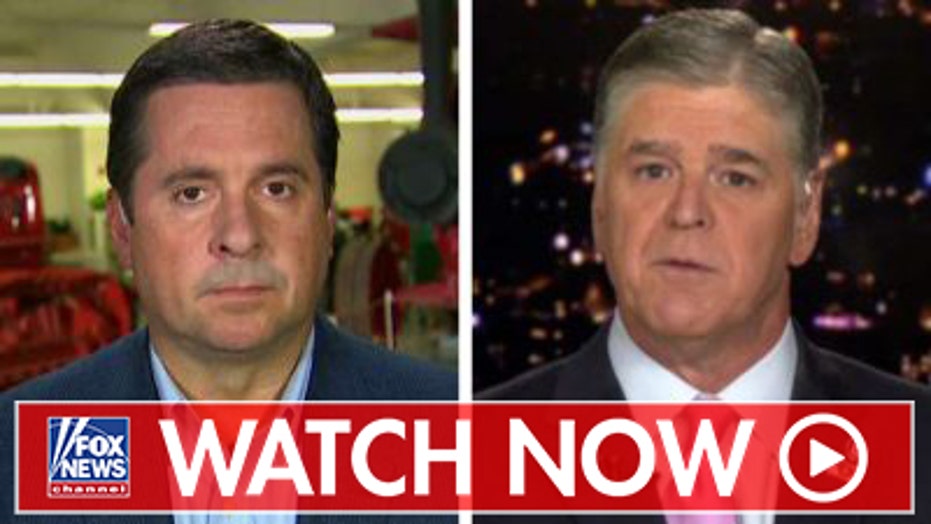 Are Democrats' impeachment proceedings infringing on due process rights?

"I have never in my life seen anything like what happened today," Nunes, R-Calif., told "Hannity" on Tuesday, referring to the testimony of Lt. Col. Alexander Vindman.

The scene was unprecedented, Nunes said.

"I mean, they've been bad at most of these depositions, but to interrupt us continually to coach the witness, to decide... what we're going to be able to ask the witness." 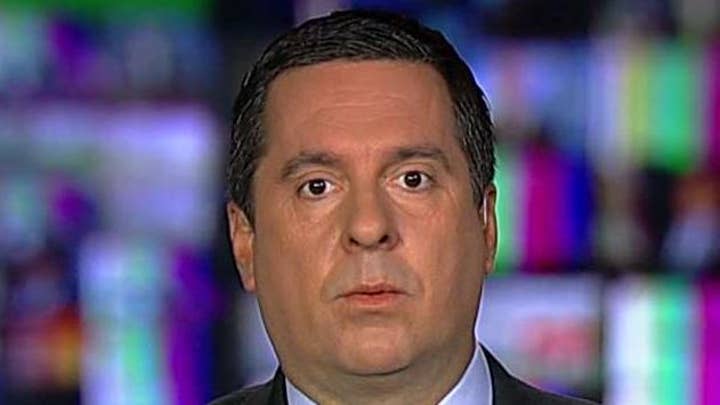 Nunes slammed Schiff, D-Calif., for refusing to allow Republicans to not yet call witnesses of their own, which he also said has never happened to him in Congress.

"And, to see someone coach a witness, this isn't the first time that Schiff -- Schiff is very good at coaching witnesses."

"When we asked [Vindman] who he spoke to after important events in July -- Adam Schiff says, 'no, no, no, we're not going to let him answer that question,"' Jordan said.

Jordan went on to say that Schiff seemed to be breaking his own rules for the hearings, implying the chairman was acting almost as a "lawyer" for Vindman.