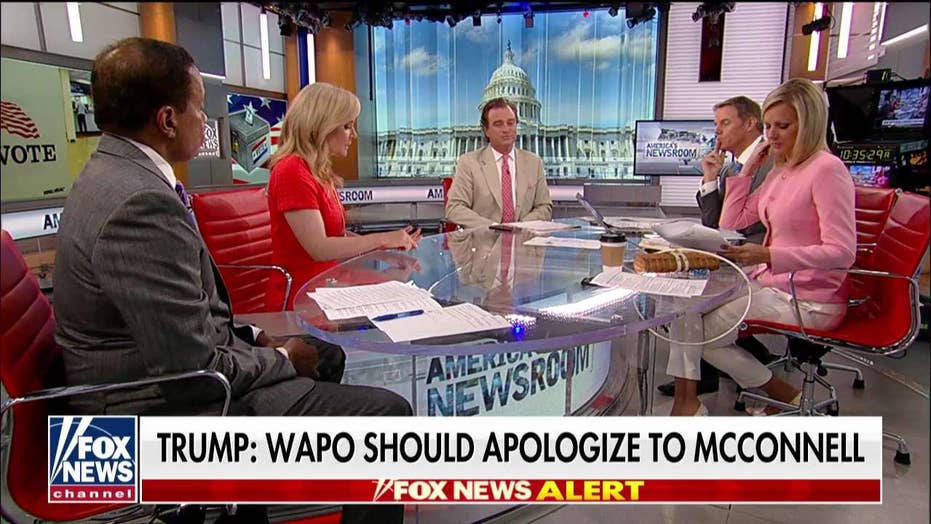 A.B. Stoddard, associate editor and columnist for "The Hill," said that before President Trump took office, Senate Majority Leader Mitch McConnell was a "Russia hawk" and fears about election interference in 2020 are legitimate.&nbsp;

A.B. Stoddard, associate editor and columnist for "The Hill," said that before President Trump took office, Senate Majority Leader Mitch McConnell was a "Russia hawk" and fears about election interference in 2020 are legitimate.

Stoddard and the "America's Newsroom" panelists were responding to McConnell's, R-Ky., unusually fiery speech on the Senate floor in which he lashed out at critics, including MSNBC's Joe Scarborough and the Washington Post, for labeling him a "Russian asset."

Trump, speaking outside the White House Tuesday, called on the Washington Post to apologize to McConnell over the op-ed by Dana Milbank 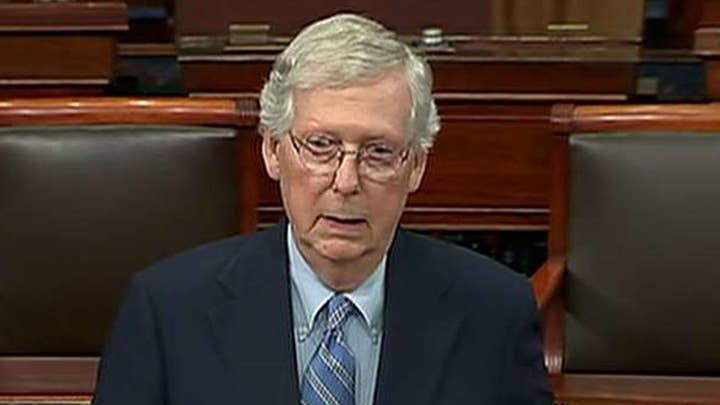 "Mitch McConnell loves our country. ... They ought to be ashamed of themselves," said Trump, calling the paper a "Russian asset by comparison."

Stoddard said the issue of election security in 2020 is "not made up" and "has nothing do with collusion." She said it will remain an issue for McConnell if the Senate does not move forward on legislation to address the vulnerabilities.

"What about next year? They're perfecting their active measures. Why is this not a threat?" she asked, adding Republicans will be "upset" if a Democrat ends up being helped.

"McConnell was a Russia hawk in his party before Donald Trump turned the Republican Party into a Russia-acquiescent party," she said, arguing McConnell will continue to face this type of criticism.

Though no votes were changed in 2016, Stoddard said the report "bolsters the claims that we're not ready for the election next year, that we're not protected, that we're woefully vulnerable," pointing to similar warnings from Robert Mueller and FBI Director Christopher Wray.

"They have the ability, potentially, to attack the voting machines," she argued.