Marianne Williamson, a 2020 presidential hopeful and author, said she's discovered the political system to be "even more corrupt" than she imagined, during a Tuesday interview with "Fox & Friends."

"I was known in a world where people loved you and bought things from you. Now I'm in a world where a lot of people hate you," she said. "I would say that I feel that I've learned the system is even more corrupt than I knew and people are even more wonderful than I hoped."

Williamson also said there is a tendency in politics today to stifle opposing opinions, which weakens democracy and limits genuine debate. 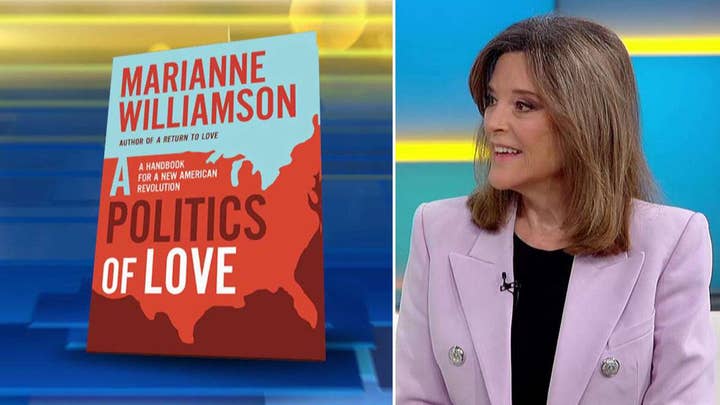 "I have seen on the left as on the right, there are too many people who do not recognize how important honorable debate is in a democracy," she said.

"You can disagree with somebody's opinion but that doesn't mean you should be shutting them down or lying about them or misrepresenting their views. That's not a left-right issue. There's a rough-and-tumble in politics."

Co-host Lisa Boothe asked Williamson if she felt abandoned by the Democratic Party because she didn't qualify for the upcoming debate, and she said that even if she did, she wouldn't air her private grievances.

"No, I don't feel abandoned," she replied. "I'm a passionate Democrat... My mother always said if you have a problem with your family don't talk about it outside the family. I'm not going to come on Fox and bad-mouth. The DNC has its rules and, listen, I signed up for this. And I'm playing by those rules"