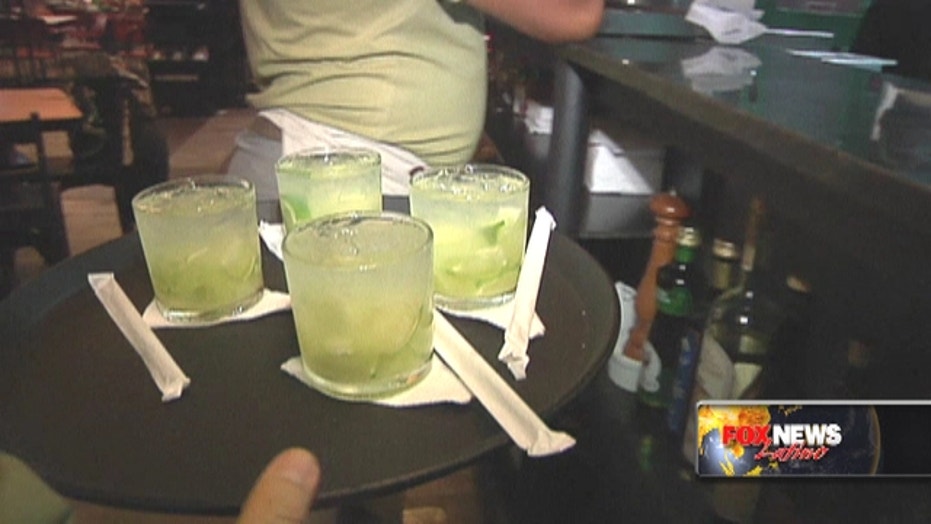 Rio de Janeiro – France is known for wine, Mexico for tequila and Russia for vodka. Seemingly every nation around the world has its signature alcohol, and in Brazil cachaça is king.

About 390 million gallons of this distilled liquor made from fermented sugarcane are consumed here every year. (Only about 4 million in the rest of the world.) Whether mixed with sugar and lime to make a caipirinha or slugged back in a shot, Brazilians revere cachaça (ka-sha-sa) the same way that the French do a fine Burgundy.

The history of cachaça in Brazil coincides with the introduction of sugar by settlers from the island chain of Madeira, less than 50 years after Portuguese explorer Pedro Álvares Cabral first landed in the small northeastern city of Porto Seguro.

While nobody knows for sure who actually “discovered” this beverage made from fermented sugarcane, the liquor quickly became a popular drink among Brazil’s impoverished multitudes —the country’s elite tended to prefer European cognacs and American whiskeys to the rough sugar liquor.

This stigma still holds in Brazil to some extent, but less than used to be the case, and, in recent years, cachaça has begun to go upscale in the same way that mezcal has in Mexico. And fancy cachaçaerias, like the Academia de Cachaça, have sprung up everywhere.

In part, this is a result of a push by Brazilian lawmakers to establish the alcoholic drink as a symbol of national pride.

The former president, Luiz Inácio “Lula” da Silva, in 2003 went so far as to issue a decree specifying the words “cachaça” and “caipirinha” as strictly Brazilian in origin, later lobbying the World Trade Organization in an attempt to gain intellectual property rights protection under international law over the terms.

“In some sugarcane-producing states, pretty much every farm produces its own cachaça,” Azevedo said. “Each one has its own family brand of cachaça.”

While the family labels may be a little rough to get down for the uninitiated, some producers have started aging their products in wooden barrels in a process similar to what distillers do with scotch or bourbon.

In the United States, some of these artisanal cachaças can cost upwards of $50 in a liquor store, a far cry from the $2 bottles sold on the streets of Rio de Janeiro.

“The darker cachaças are aged in wooden barrels and they stay in there longer until the get color and flavor,” Azevedo added.

First introduced as a drink containing cachaça, lemon, garlic and honey in 1918, the caipirinha was believed to help ward off the Spanish flu that killed 50 to 100 million people around the world.

Many people still use the original recipe as a “cure” for the common cold. Probably drinking it just cures you of caring that you have a cold.

In any event, the garlic and honey may have had medicinal benefits, but as a mixer they didn’t combine to make a happy hour fave.

“One day someone decided to remove the garlic and honey, then added a few tablespoons sugar to reduce the acidity of lime. The ice came next, to ward off the heat," Carlos Lima, executive director of IBRAC (the Brazilian Institute of Cachaça), told FNL.

The classic caipirinha may be the most popular drink in Brazil, but the top seller at the Academia de Cachaça is the aptly-named Academico, a mixture of green oranges, honey and aged cachaça served over ice in an old-fashioned glass.

The staff at the Academia say they have had thirsty visitors from across the globe – most of whom don’t speaking Portuguese – come in with the name of the drink written on a piece of paper.

“You only find this type of caipirinha here,” Azevedo said proudly. “It’s a classic of the house.”