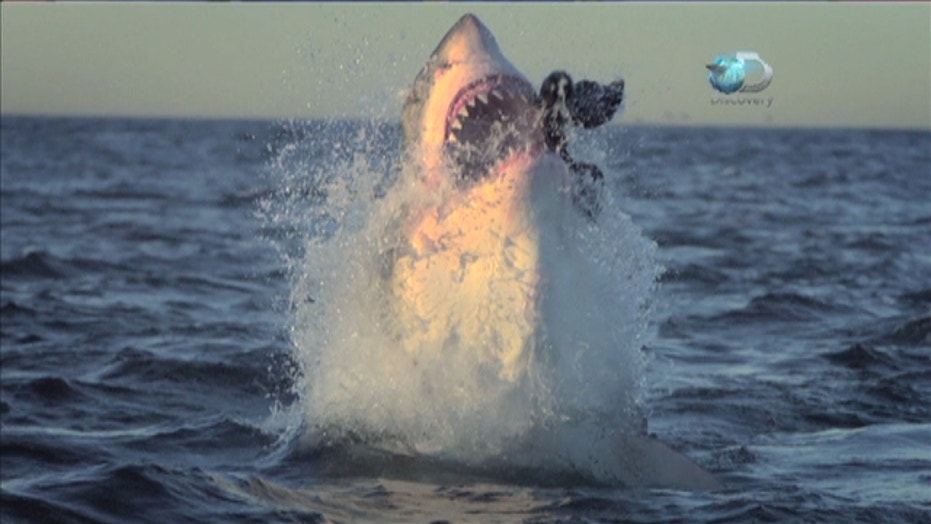 'Shark Week' goes to the unexplored waters of Cuba

More than 70 years ago, researchers dove deep into the waters off of Cuba and made a startling discovery – a 21-foot, 7,000 pound great white shark that would eventually be named “El Monstruo.”

El Monstruo is still one of the largest ever caught in the world – larger even than any shark captured in Australia’s Great Barrier Reef. But then for decades, Cuba basically became off-limits to shark hunters after the Cuban embargo was set in place – and it was unclear whether the shark population near the island grew or vanished.

Now, seven decades later, Cuban and American scientists have teamed up to explore the waters of the Caribbean island which have remained relatively unexplored. The historic three-week trip was documented for a new episode of this year’s “Shark Week” on the Discovery Channel. Crew members began the work two years ago, before the thaw in relations between the two countries.

“When I first got the call to go to Cuba, I thought, ‘Wait a second, I don’t think I’m allowed to go to Cuba’,” underwater cameraman and shark expert Andy Casagrande told Fox New Latino on Monday. “(Then) I thought, ‘This going to be epic.’ And it totally was.”

Casagrande, who has filmed sharks all around the world for more than a decade, traveled to Cuba in February to explore and film along the south and north coasts of the Caribbean island – a trip made possible after the improved relations between the two countries.

“Cuba is an unspoiled paradise. There are dozens and dozens of shark species,” Casagrande said. “Going to a new place was a real treat. It was awesome.”

The team was on a mission to find big sharks and while they found multiple species of sharks, Casagrande would not say if they found any Great Whites.

“You’re going to have to see the episode,” he quipped.

He said the waters in Cuba were “unspoiled” and the local diving teams were excited to showcase what they had to offer.

“It was essentially the first time that Cubans and Americans could team up and it was an honor to be there to film that,” Casagrande added.

The Florida-based cameraman said his fascination with sharks started at an early age and he understands why people are glued to “Shark Week” every year.

“I think people have this sort of fear or this fascination with sharks. And to be honest it is a scary thought to be eaten alive by a predator that looks like this pre-historic sea monster,” Casagrande said. “It’s a fascination with the unknown.”

This summer, there has been a record-breaking string of shark attacks in North Carolina. At least eight people have been attacked by sharks along the North Carolina shore this season.

“Tiburones: Sharks of Cuba” airs Tuesday at 10 p.m. on the Discovery Channel.