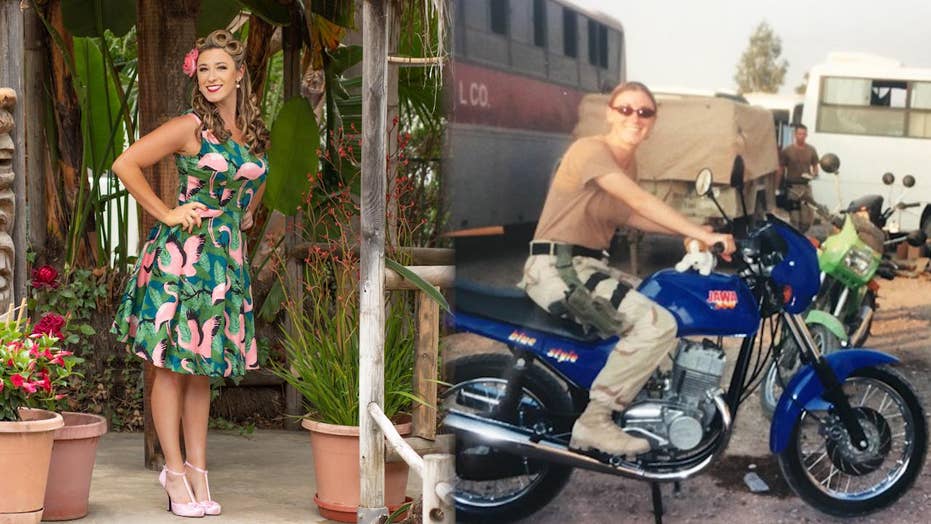 How one organization and its founder are empowering female veterans

Gina Elise founded the nonprofit organization Pin-Ups for Vets in 2006. The organization produces annual WWII-style pin-up calendars, featuring female veterans as the models. The calendars not only raise funds for veteran and troop healthcare initiatives, but they also give visibility to female veterans.

Some female veterans are charging ahead in a post-service role they say shows femininity and strength are not mutually exclusive.

“Back in 2006 there were a lot of stories in the news coming out about our troops coming back from Iraq needing medical care, and I felt so strongly that I wanted to support them and I wanted to be creative,” Elise told Fox News. “So I thought I would take my love of the 1940's pin-up and bring that into today and create a fundraising calendar to support our troops today.”

Pin-Ups for Vets is also helping female veterans in another way, helping with their visibility in the military -- but also helping them reclaim their femininity post-service.  Elise said many of the female veterans she works with feel unseen because of their gender, and she hopes the calendar becomes a way for them to tell their stories.

“The calendars become a way for the female veterans to tell their stories and for the general population to think twice about who a female veteran is,” Elise said. “We turn the ladies into WWII pin-ups, and people ask, ‘Wait, they’re veterans?’ and want to know about these women and start asking where they served and when they served.”

Errika Davis is an Army combat veteran and is also set to serve as Miss June 2020 for Pin-Ups for Vets. Davis enlisted at the age of 17, later serving as a Military Police Officer in Iraq in 2003 and 2004. Davis did everything from retraining the local Iraqi Police force in Baqubah to conducting raids and maintaining general order.

“Because I enlisted at such a young age, I always dressed as more of a tomboy, which is fine, but I really never thought about wearing heels or, let alone, red lipstick,” Davis said. “So having that opportunity with the calendar to find that feminine side and get in touch with that woman that I’ve always been has been very rewarding and given me a new confidence.”

Davis now says she proudly dons red lipstick and has a part of her closet dedicated to pin-up attire.

Female veterans from the nonprofit will travel nationwide to visit Veterans Affairs hospitals and provide support to fellow veterans. Pin-Ups for Vets has visited over 13,000 veterans at 68 VA hospitals and military hospitals across the United States, Elise said.

Davis told Fox News she's excited to embark on her journey and connect with other veterans.

“For a while, I was very insecure and an extreme introvert and Gina has brought my femininity back to life, and I learned that you can be a hero and wear red lipstick," Davis said.  “And for all the female veterans out there, you have it in you and you can do anything.”