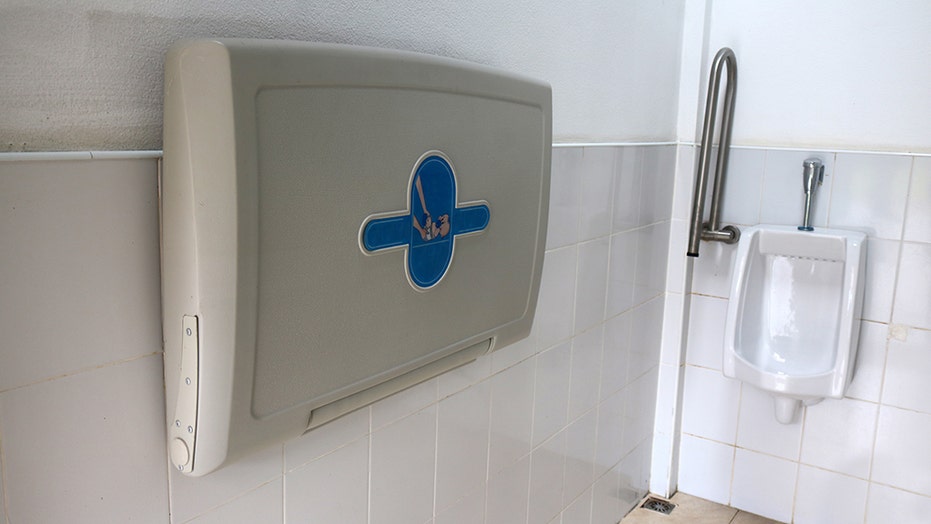 Pampers announced a new initiative this week that will install 5,000 baby changing tables in men’s rooms across the country after a viral social media post last year sparked outrage among fathers.

Company researchers found that 9 out of 10 dads have gone into public restrooms at some point that did not have baby changing stations, Pampers said in a press release Monday.

One of those fathers was Donte Palmer, a resident of St. Augustine, Fla., who shared a picture in September of him trying to change his 1-year-old son’s diaper on his lap.

“What’s the deal with not having changing tables in men’s bathroom as if we don’t exist!!” he said in an Instagram post at the time.

Donte Palmer, a father of three, took to Instagram in September after he once again was forced to change his young son across his lap. (Donte Palmer)

The post, with the hashtag “#squatforchange,” went viral catching the attention of Pampers.

As a result, the company partnered up with Palmer and announced their new campaign “Love the Change” on Monday which aims at providing 5,000 changing stations across public restrooms in North America by 2021.

“Across the next two years, Pampers – in partnership with Koala Kare – will identify high-need public locations and provide baby changing tables for installation in the men’s restrooms,” the press release read.

“The first 500 locations have already been identified and installation is expected to be completed over the coming weeks.”

Pampers has also enlisted the help of musician John Legend to help with the new inclusive initiative.

“I love being a hands-on dad, and it is so important that we acknowledge the active role dads are playing in their babies’ lives,” Legend said.

“Spending time out and about with my kids is one of the greatest joys in my life, but it’s frustrating when I am out with Miles and the men’s restroom doesn’t have a baby changing table.”