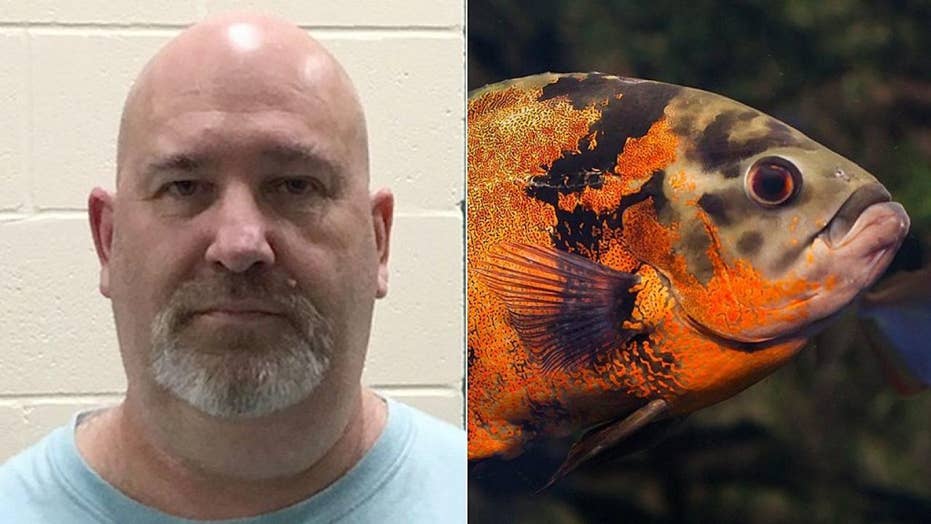 A North Carolina man charged with animal cruelty for allegedly abandoning a pet fish after he was evicted from his home saw all charges dropped Tuesday because the state’s animal abuse laws don’t protect fish, officials said.

Michael Ray Hinson, 53, was originally charged with three counts of misdemeanor cruelty to animals and one count of abandonment of an animal earlier this month after sheriff’s deputies said they discovered his pet fish swimming in a dirty tank with open sores and lesions on its head.

“We take a very dim view of anyone who would abuse any creature great or small and appreciate their enforcement of the laws to protect vulnerable animals. Fish are not included in this statute, however, so my office is dismissing these charges,” New Hanover County District Attorney Ben David said in a statement obtained by the Port City Daily of Wilmington.

The statute states that the term “animal” includes “every living vertebrate in the classes Amphibia, Reptilia, Aves and Mammalia except humans.”

Sheriff’s deputies who discovered the 6-inch-long pet fish, worth $40-$50, removed it from the apartment and turned over to the Wilmington pet shop The Fish Room to be rehabilitated, The State reported.

The 1-year-old fish was suffering from head and lateral line erosion, a parasitic disease known as “hole-in-the-head.” The fish had survived up to that point by eating cockroaches that fell into its tank.

The incident was the county's first animal cruelty case involving a pet fish.