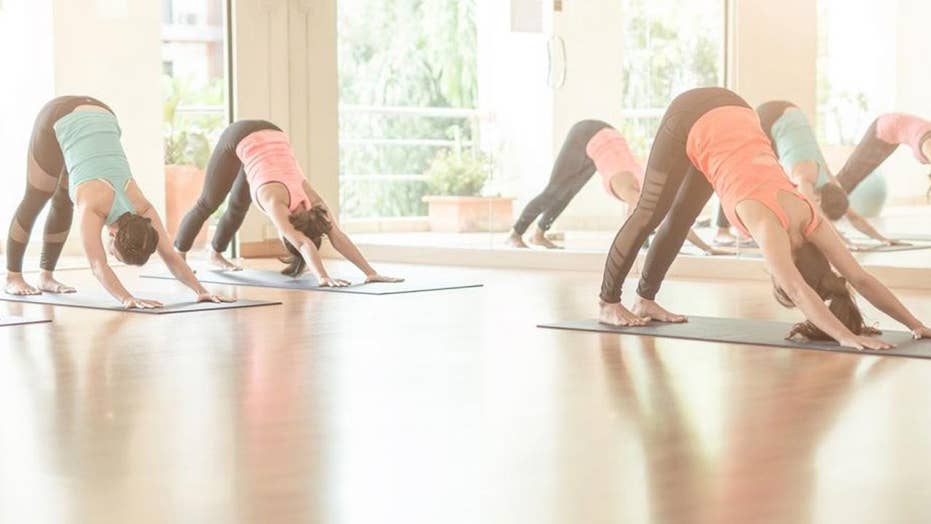 A New York Times opinion piece is being ridiculed for calling yoga pants 'bad for women,' and suggesting that women over 30 should wear sweatpants instead.

A New York Times opinion piece is being ridiculed for calling yoga pants “bad for women,” and suggesting that women over 30 should wear sweatpants instead.

The article, published under the byline Honor Jones, claims that women “aren’t wearing [yoga pants] because they’re cooler or more comfortable” than sweatpants, but “because they’re sexy.”

“You think the selling point of Lululemon’s Reveal Tight Precision pants is really the way their moth-eaten design provides a ‘much-needed dose of airflow’?" asks Jones, before declaring that women are only "wearing them because they’re sexy."

The author goes on to call out the athleisure industry, and the rise in popularity of studio fitness classes, for getting Americans to spend a reported $46 billion on activewear in 2016.

NUDE BLOGGER CLAIMS SHE GETS BODY-SHAMED FOR BEING TOO SKINNY

“Frankly, I’m annoyed by the whole booming industry around women’s exercise, which is perhaps most evident in the rise of studio classes. According to the Association of Fitness Studios, Americans spent around $24 billion on studio fees in 2015, or about $4 billion more than they spent on traditional gyms — and that spread has only increased since then. Naturally, women are spending the most; they outnumber men in studio classes by more than two to one,” says Jones, who argued that expensive studio classes and expensive athletic clothing go hand-in-hand.

The article finally finishes with the author’s main point: Sweatpants should be at the forefront of all gym-goers wardrobes, instead of tight-fitting pants that “threaten to show every dimple and roll in every woman over 30.”

Since the article's publication, women have taken to social media to call Jones out for “body-shaming.”

One user wrote, “Okay @nytimes. 1) I am sure you had your pick of thoughtful opinion pieces for this Sunday’s edition...and this was your choice? 2) Women writing op-eds about other women’s sartorial choices is bad for women 3) You can have my yoga pants when you pry them from my cold dead booty.”

“The New York Times is apparently against women wearing yoga pants," another user wrote. "Being against yoga pants is one of the most absurd opinions I've ever heard.”

While one simply tweeted, “Instead of reading the New York Times yoga piece, try doing literally anything else.”