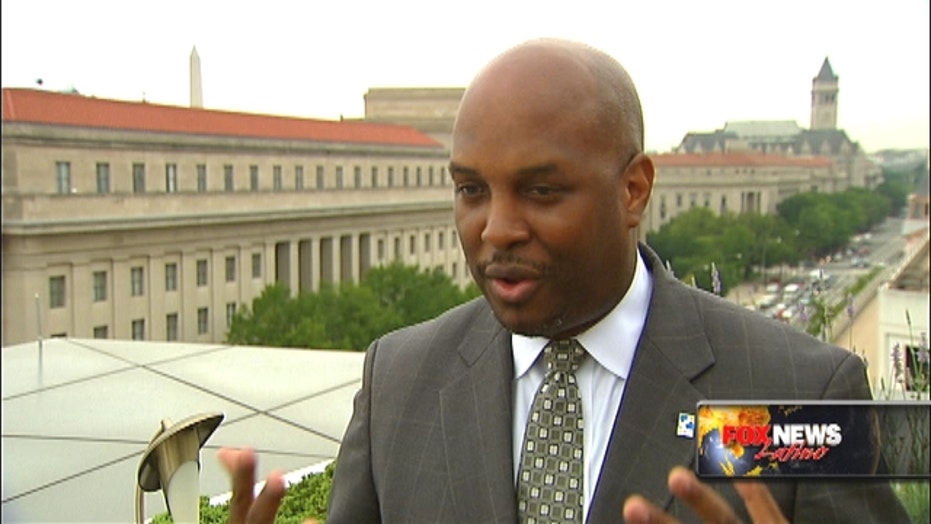 The National Museum of the American Latino is in limbo

Cid Wilson is chairman of the Friends of the National Museum of the American Latino, a group that has been pushing for establishing a museum dedicated to Latinos and their role in U.S. history.

Cid Wilson looks out from a rooftop deck in Washington D.C., in the direction of the Smithsonian's long-shuttered Arts and Industries Building.

“That’s where it would be, that’s where the Latino museum would be,” he said, at once happily and wistfully.

Wilson is chairman of the Friends of the National Museum of the American Latino, a group that has been pushing for establishing a museum dedicated to Latinos and their role in U.S. history in the unused Arts and Industries Building on the National Mall.

A bill that would pave the way for the creation of the museum, however, have languished in Congress.

“The challenge with this bill has less to do with the actual bill, and more to do with the current [divisive] environment happening in Congress,” Wilson said in an interview with Fox News Latino.

“It would be dedicated exclusively to Latino history and culture, so that we understand the 500-year history [of Latinos in the U.S.], so that Americans can know our story,” Wilson said. “Our Latino story is an American story.”

The bills pending in the House and Senate would approve the site for the new museum.

In 2011, a presidential commission called for the creation of a Smithsonian American Latino Museum. But the effort keeps stalling in Congress. Some lawmakers have questioned whether there is a need for another museum focusing on a minority group in Washington, which already has an African American and Native American museum.

Democratic Sen. Robert Menendez of New Jersey, Majority Leader Harry Reid and Republican Sen. Marco Rubio of Florida are chief sponsors in the upper chamber, and California Rep. Xavier Becerra, a Democrat, is the lead sponsor in the House, along with Republican Rep. Ileana Ros-Lehtinen of Florida.

"We're looking for a home for our history, for our culture, for our contributions to this country," Becerra said last year.

Actress Eva Longoria has been a leading proponent of the museum effort, along with producer Emilio Estefan, Rosario Dawson and other entertainers.

It is estimated that supporters would have to raise at least $325 million in private donations to build the museum if it's authorized by Congress. The group has held town meetings around the country to build support nationwide.

"We can't even get started on the fundraising until Congress approves the bill," Wilson said. "The bill does not include appropriation, it would be funded through fundraising."

On Tuesday, U.S. Rep. Jose Serrano, a New York Democrat, appeared before the New York City Council to urge it to pass a resolution calling on Congress to act on the Latino museum measure.

“Latinos and Latinas have been an integral part of the United States for over 200 years,” Serrano said. “With this museum, we will be addressing the underrepresentation of American Latino art and culture in the Smithsonian Institution.”

“This museum can teach the American people about the great contributions that Latinos have given our country,” Serrano added. “From the great Roberto Clemente in baseball, to the talented Jenni Rivera in music, to Justice Sonia Sotomayor in the Supreme Court, the United States has been deeply enriched by the Latino community.”