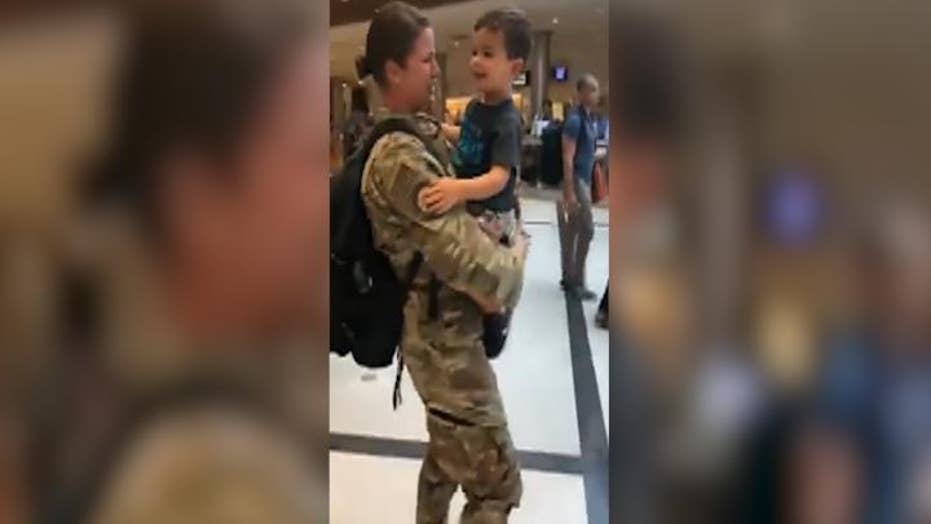 Air Force mom is reunited with her 2-year-old son

Air Force Staff Sergeant Chelsey Speicher is reunited with her 2-year-old son after being stationed in Jordan for 6 months.

A military mom had a sweet reunion with her young son at an airport after returning home from her first deployment.

Speicher and Bennett talked on FaceTime nearly every day, and she said the only thing getting her through her time overseas was imagining the day she’d be reunited with her son, USA Today reports.

When the moment finally arrived, Speicher burst into tears as Bennett ran toward her at the arrivals gate in a now viral video of the heartfelt moment.

Speicher said she was initially nervous about how her son would react since she hadn’t seen him in so long, but the young boy was clearly overjoyed by the encounter as he can be seen jumping into his mom’s arms and grabbing her face.

The whole family was also at the airport to welcome Speicher home and got to witness the moment between mother and son.