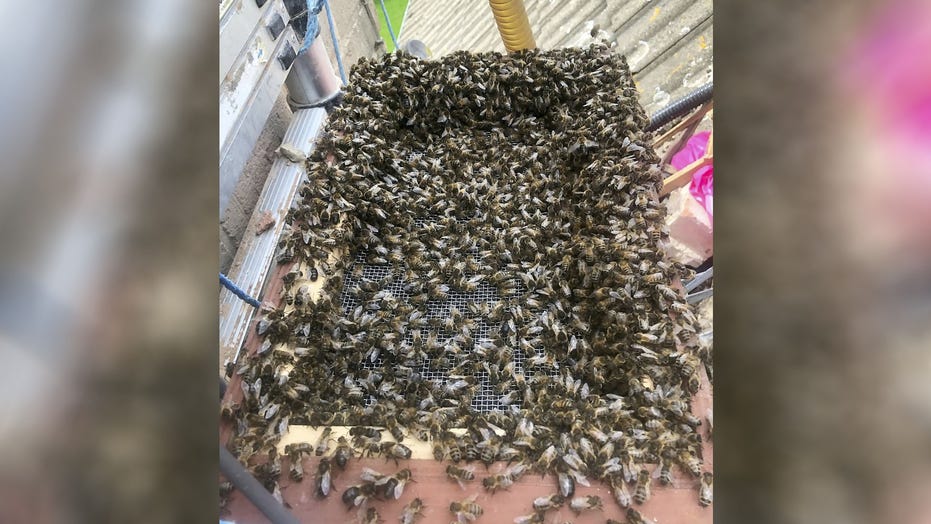 Not even the bees are safe.

When a family in England bought a new house, they discovered too late that the chimney was infested with over 130,000 bees. Fortunately, a local beekeeper offered to help out, not only removing the massive hive but also safely vacuuming up the insects and safely transporting them to his farm.

Peter Clarke was helping remove the bees after their massive hive was discovered in the bricked-up fireplace of a four-bedroom detached house, Southwest News Service (SWNS) reports. (SWNS)

Unfortunately, thieves reportedly stole the hive, leaving the kindly beekeeper with nothing but a few dead bees.

Peter Clarke helped remove the bees after their massive hive was discovered in the bricked-up fireplace of a four-bedroom detached house, Southwest News Service (SWNS) reports. Originally, the couple says they were told removing the bees would cost over $3,700, but a Clarke offered them a lower price to relocate the bees to his farm.

Now, after all his hard work, he says the bees have been stolen from him.

“I’m absolutely heartbroken. It’s the worst day of my life,” he told SWNS. “When I turned up at the farm they were all gone. There were just a handful of dead ones lying on the floor.”

According to him, “There is no way the bees would have left the larvae. Whoever did this took all the bees including the queen. When I’ve arrived with the bees from the house I park my van on a country lane and walk to the hive-site which I thought was unknown to anyone else.”

Unfortunately, it seems that somebody else was aware of the hive. Clarke explained, “When I returned to the site all I could see where two separate tire marks leading to the hives. I called the police but I don’t think the thieves will be caught. The bees are worth a lot of money – a full healthy hive can fetch over $600.”