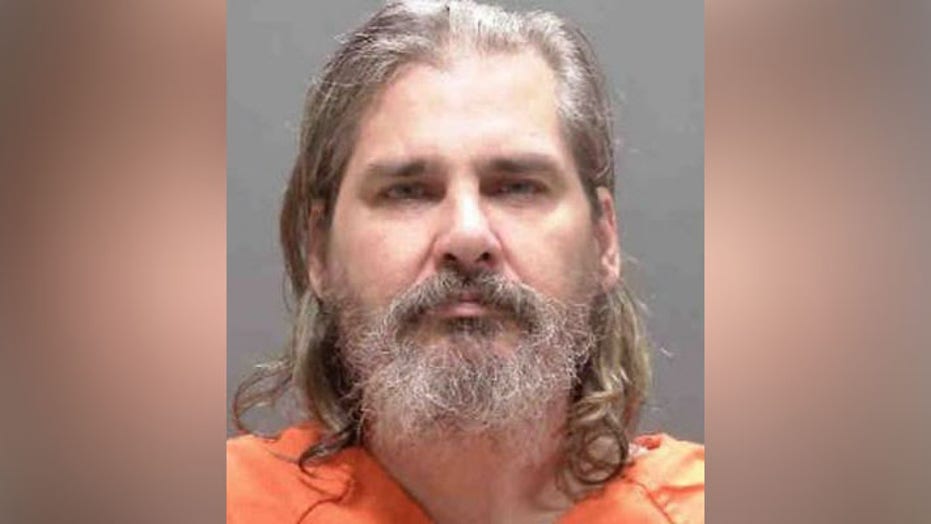 A Florida man was arrested after allegedly emailing his plans to kill a hotel manager to local news stations.

David Ashworth is facing serious charges after sending angry messages to a Tampa TV station about a manager at a hotel in Venice, Fla. After making various complaints about the hotel and how it conducts business, Ashworth allegedly claimed that he would kill the manager.

David Ashworth has reportedly been charged with 'written threats to kill,' which is a felony. (Sarasota County Sheriff's Office)

Multiple outlets received the messages, according to Fox 13, which was one of the recipients. The man reportedly accused the hotel of double-charging his credit card and kicking people out of the hotel.

According to the messages, it appears that Ashworth had some sort of encounter with the unnamed hotel manager that involved his girlfriend. In one of his messages, he said, “he made my girl cry now I must make him die,” ABC 7 reports.

Ashworth also made other threatening statements, including, “But when I take him out you will say I’m the bad guy.” He also apparently had a date for the attack planned, as he reportedly threatened, “I am taking him out next week when I say that you all don’t understand.”

The messages were reportedly sent from Ashworth’s girlfriend’s account.

According to the Sarasota County Sheriff’s Office, Ashworth admitted to sending the emails and phone calls. The hotel manager was also apparently aware of the threats. Ashworth has reportedly been charged with “written threats to kill,” which is a felony.

A spokesperson for the Sarasota County Sheriff's Office told Fox News, "We pride ourselves on established internal capabilities and structure that enables us to work complex cases like these. These threats often occur in very real-time and thanks to our policies, procedures and personnel, we are able to alleviate threats very quickly. Our Intelligence Unit works in concert with all other facets of our the agency, allowing us to respond to and investigate threats in real-time."